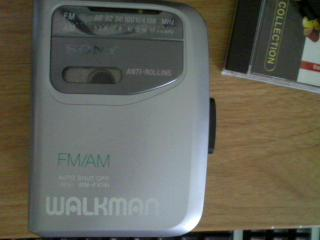 Here is my walkman. it also has a bon jovi tape inside

Does it still work normally? and are you still using it?

Does this count as “old tech”? 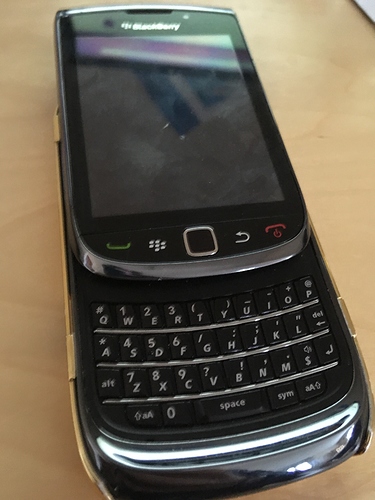 I also have a load of old VHS tapes and a player for them somewhere.

Yes it still works great. i listen to tapes an the radio 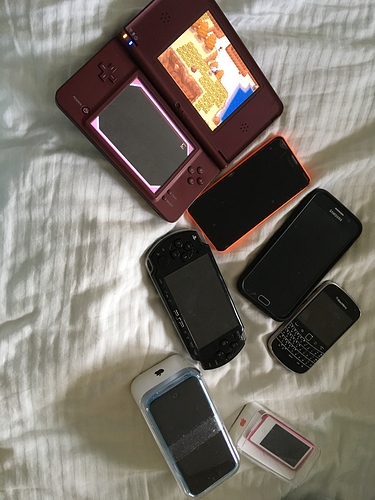 Here are some more “old” pieces of technology I own, consisting of:

My DSi XL that I got on December 25th, 2010. I don’t really use it that much anymore because I played every single game I owned to death,

A PSP I found that I would be using a lot more if I could get a memory card for it,

My old Nokia Lumia 630 with a broken battery prong,

A BlackBerry Bold which still works perfectly, like the BlackBerry I posted earlier,

My old iPod Nano that got killed in the washing machine that I replaced,

and my iPhone 5C that I opened up and removed the battery from because it was dead and it had turned all squishy.

Edit: I forgot to mention the Samsung Galaxy S6 that’s also in the picture. Someone gave it to me and I used it as my daily driver for two weeks. It’s a nice phone, I really like the shiny glass back on it. Nowadays I mainly just use it for VR.

oh cool you have a dsi xl , i have one in the same color than yours

Do you still use your DSi XL? 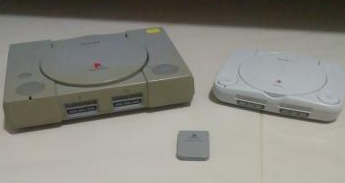 And to finish off, an original memory card, still with the box and original case (not in picture)

Do you still use your DSi XL?

I have various things. First, I have a modchipped silver PS2 Slim model SCPH-79001.
Next, 2 Coby DVD players: a traditional and a portable one
Then, a dead VCR with some tapes.
Finally, a Compact VHS camcorder. 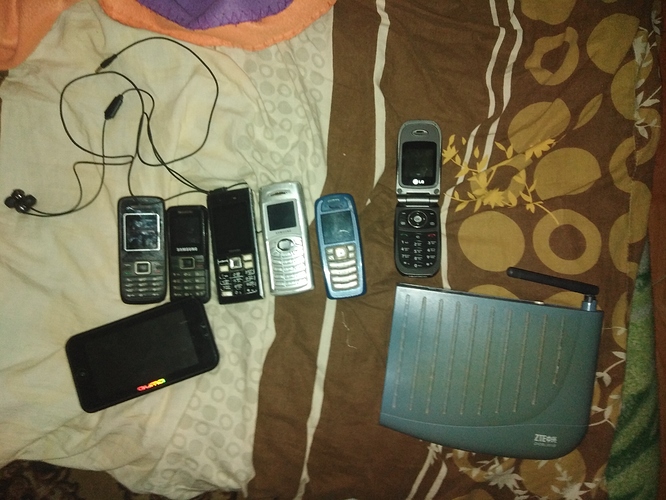 blackberry bold still working well ? what works on it?

i have a PS2 slim but i don’t remember where i left it. 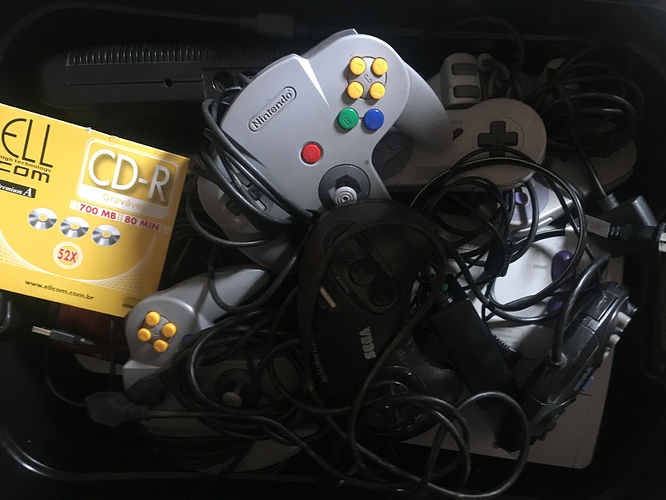 I’m jealous. And impressed. Especially by a 13-year old that has the privilege to buy retro stuff nowadays.