I found windows live (not wlm) for android

Anyone know what wlm version this?? I probably edit the apk file with apk editor link: https://m.apkpure.com/windows-live-messenger-vivo/cre8.live2go can anyone revive this??? 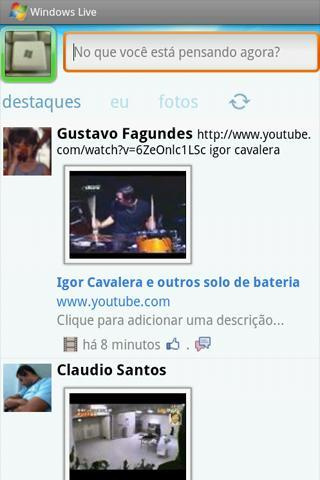 What the crap, and this is Totally different from original WLM PC. And don’t know if it works.

I think it’s more of a dumbed down version of Facebook with WLM’s skin.

lemme try to patch it

I think it’s more of a dumbed down version of Facebook with WLM’s skin.

Most likely, from the screenshots it shows a facebook login… Plus it’s last update was in 2016, the messenger servers were shut down in 2014.
After I translated the app description it also says that you need a premium subscription to use it which means it would probably be a pain to patch

In short, don’t bother with it. the app is a glorified Facebook/Twitter client which you can’t even use due to API Changes and the fact that the company who made it went out of business which means you cannot get the premium thing… it’s not gonna work

i tried to use my FB and Twitter accs

which you can’t even use due to API Changes

maybe that happend? anyway il try to patch it with Escargot to see if it works

there’s already a patched client for it anyways

and probably the “Messenger WithYou by Milyova apk”?

Most of the Android 1 to KitKat era apps have minimal to no protection to luckypatcher patchs, so technically you can just patch for InApp purchases with a modern https://www.luckypatchers.com/ app

Pedrox, this ain’t WLM, this is a Facebook/Twitter client with the UI of Windows Live.

i find the originall messenger play! apk and it connect to new microsoft server! the outlook and the onedrive works too, but the contacts not.

they, 11/10 chance, shutdown the servers for the app. its really no use

Most of the Android 1 to KitKat era apps have minimal to no protection to luckypatcher patchs, so technically you can just patch for InApp purchases with a modern https://www.luckypatchers.com/ app

Yeah but since it’s vanished from the play store, Good chance the purchasing API will be disabled on the app

Dude just give up, There’s already a working client for Android not to mention patching an Android app is different to patching normal Messenger
That client in it’s self is really dodgy and probably connects using an unsupported protocol

Downloaded the apk, yeah it’s an another language

msnp21 isnt supported by escargot yet, this is used by wlm 2012, 11 wont work for some reason, and 15 idk why it isnt working

There was an official messenger for the chinese market, I used it in Europe since it was usable. I don’t know what protocol it would use, but the only patched apk that exists (Mercury Messenger) doesn’t work well for me sometimes.