Discord fucking locked my account out (also Leurak found a way to get your Discord locked, deleted by running Powershell file)

This is why the feature sucks: 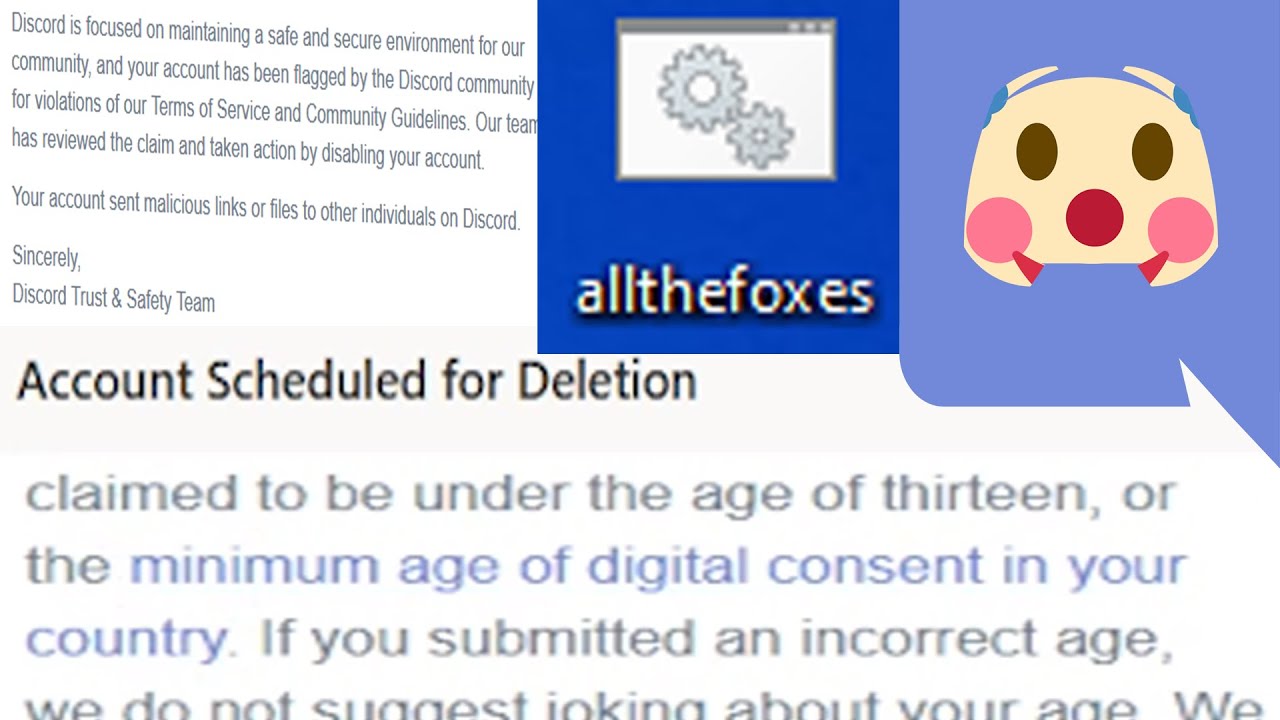 You can also get this by running a simple powershell file that lock your Discord account too, just like me, 14 days.

First, i misclicked the #nsfw channel, and i’m trying to go back and i met this fucking message
(NO X BUTTON OR GO BACK) 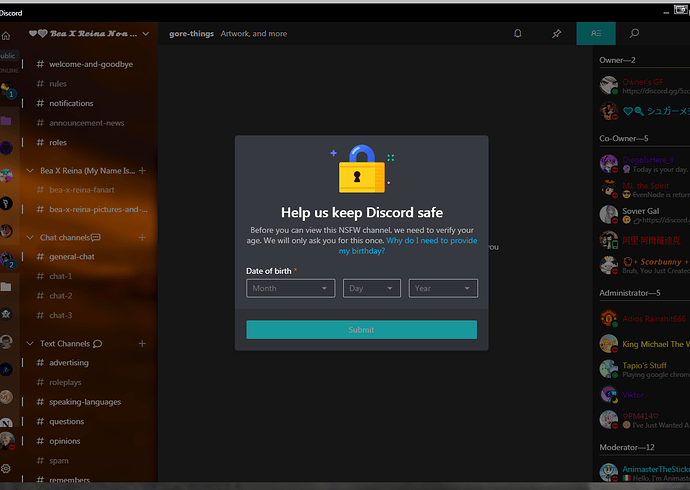 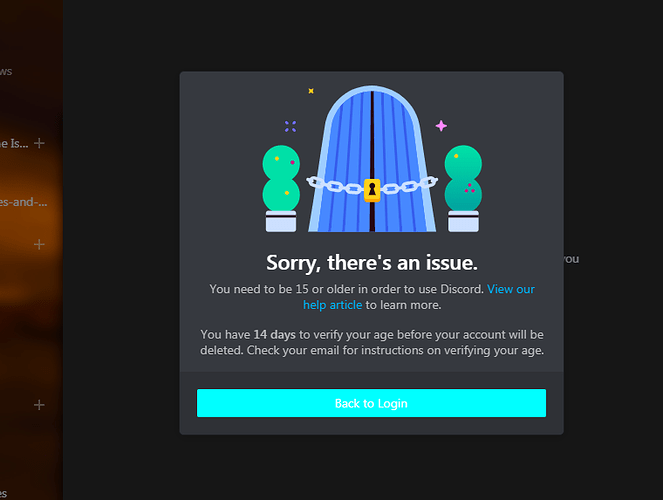 Now i fucking had nothing to do and decided to stay with alts. 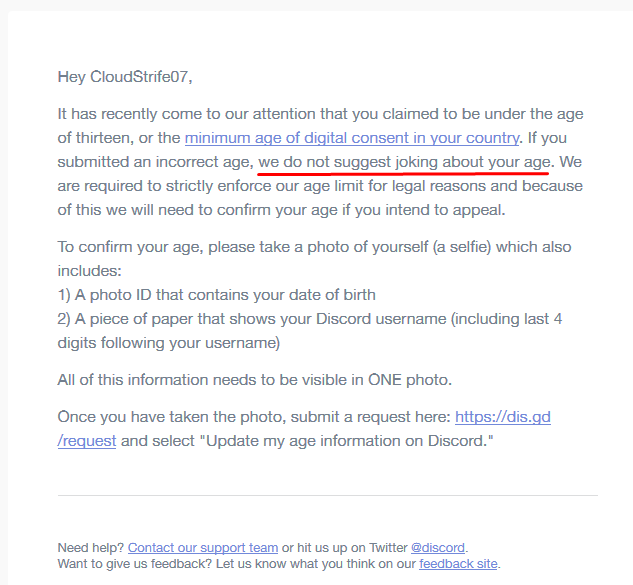 that’s about it, Discord adding this shitty feature around June 2020 and im thought that setting that DOB will probably prevent me from clicking on #nsfw again or maybe send me back, but this was a trap.

also i’m would be fucking 15 at 2022 and that was the same year that was MewyMew (who actually hacked Fun Shitposting Wiki) released from jail.

I’m 13 but I’m not willing to verify because I dont even have a ID.

I don’t get this? Discord usually requires you to be 13 to use the platform, as stated in the ToS. Wtf.

In some countries the minun age is higher.

every feature discord adds is shitty

following the law is a shitty feature?, Dung is in VN and so the minimum age there is 15.

following the law is a shitty feature?

not what i said but ok

yeah ik, also I joined Discord way back 2018 (that locked one) before they added this on June 2020 (mostly Discord is trying to stop Discord predators or maybe idfk.)

Discord would not have adding that verification back then,
basically worse like Windows 10 spying users and etc…
2020 has more spying than before.

Also i was posted this on a school PC running Windows POSReady 2009 and has only 512MB RAM (core 2 duo lol).

No, they got complaint’s from Karen’s to restrict their kids from seeing NSFW channels.

i also got that, i just closed discord with the taskbar then reopened it and it was gone, i guess discord will never know my birth date

so i already got banned, but ive never seen discord asking for my age

so, heres a quick “pedroxs friends #1”

They are: Icy, Angshu and Crypto

They all have something in common, and it is: they all say: DISCORD SECURITY STINKS

angshu even says i could bypass discord shit

yeah they such hackers 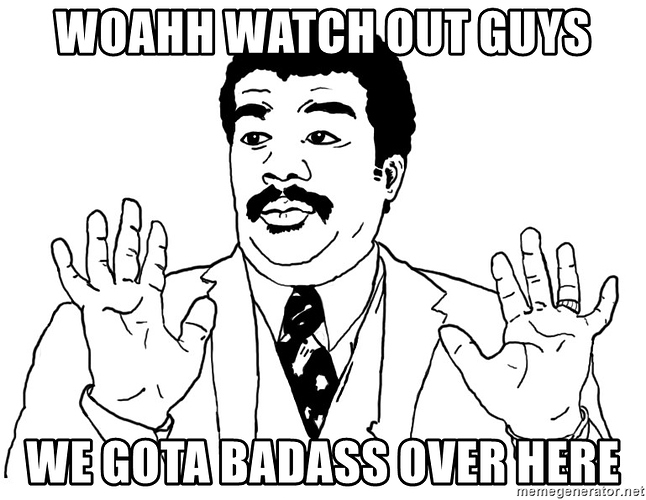