Deathlife23 won't shut up about a certain person's server

So a few days ago @WindowsXPCat2008 had created his own MSNP server, called MeowMSN. Ever since, @Deathlife23 has been making a storm about this, making outrageous statements that he had lied about what programming language he’d use, which was from a nonchalant mention of Python when I asked that question (he had a friend code it and realized that his friend wasn’t at the very least tech savvy, so he had to resort to preexisting MSNP server software). Then, he started bashing the server just because it supported MSN versions 3.6-4.6. It even got to the point where he assumed that XPCat was using “Ashley’s MSN Server,” an open-source server, mind you, JUST because the filenames for the MSN Messenger 3.6/4.6 installers are similar, even though they were the official filenames for those installers given by Microsoft (Forum is overheating: MeowMSN). Later on, the nonsensical trash talking even put @TReKiE on lockdown on MSN. And very recently, he decided it would be time to trash talk it again (Escargot is down). He really can’t get a grip!

I, however, would like to address the hypocrisy on all of this. Apparently, using open-source software as a backend makes you “retarded,” according to him (What a mystery!). Well, if you bothered to go to http://hotmailrevived.rf.gd, a site hosting one of his projects, an email service, and try to sign in, you’d be greeted with this: 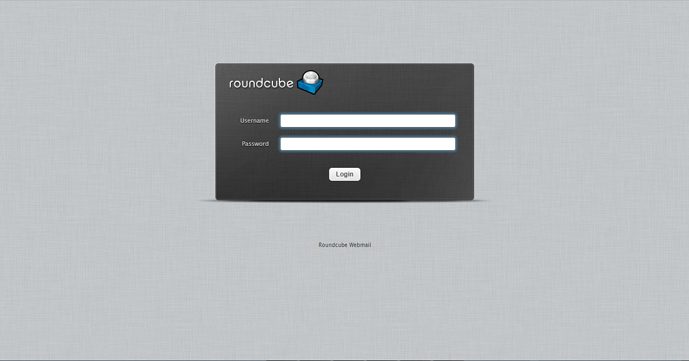 and you say using preexisting backends make you retarded.PNG1279×671 262 KB

When signing in to that “service,” you would be redirected to http://185.27.132.238/roundcubemail/ and notice that @Deathlife23 is using a preexisting email backend, apparently named Roundcube (https://roundcube.net/).

I am not shunning him for doing so, but this does fall under hypocrisy, and it’s dumb, to say the least.

So if he hates people for using open-source protocol servers, then why isn’t he hating himself for using Roundcube as an email backend? Just saying.

(Also, he uses a free web hosting site that uses servers to serve content, obviously. If he’s gonna tell XPCat to setup his own server, but he isn’t, guess that deflects his whole “get a real server and setup it retarded” argument lol)

I have also heard that @Deathlife23 has been shunning XPCat for using a signup service involving someone sending their username and password in cleartext via email. While this is a poor way to setup registration, Deathlife had also been using this registration scheme with his Hotmail Revived service (http://hotmailrevived.rf.gd/signup.html). 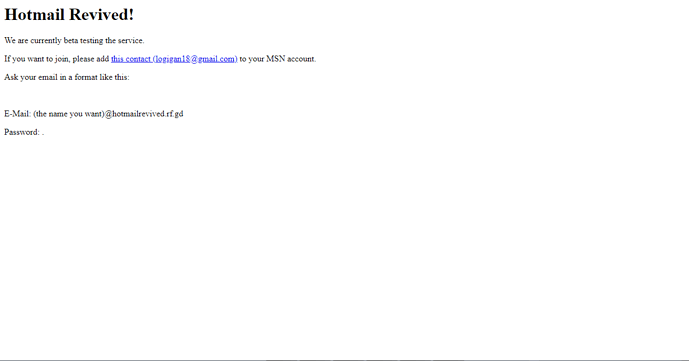 So tell me, is this not incriminating enough?

…And these were wise words from your neighborhood grump, @OhHelloThereImTheGuy

did he actually keep that page up?

the one with the msnim: link?

i made that page.

it’s not a problem at all…

Excuse the language, but why the fuck is he being a hypocrite?

I’m not asking you, I’d love to ask him why. Jesus Christ. What a dissapointment.

Actually. his hotmail revived seems to not work for me. does it take 1 fucking day so i can get a account.

i mean. does anyone use that service can screenshot me if it looks like this 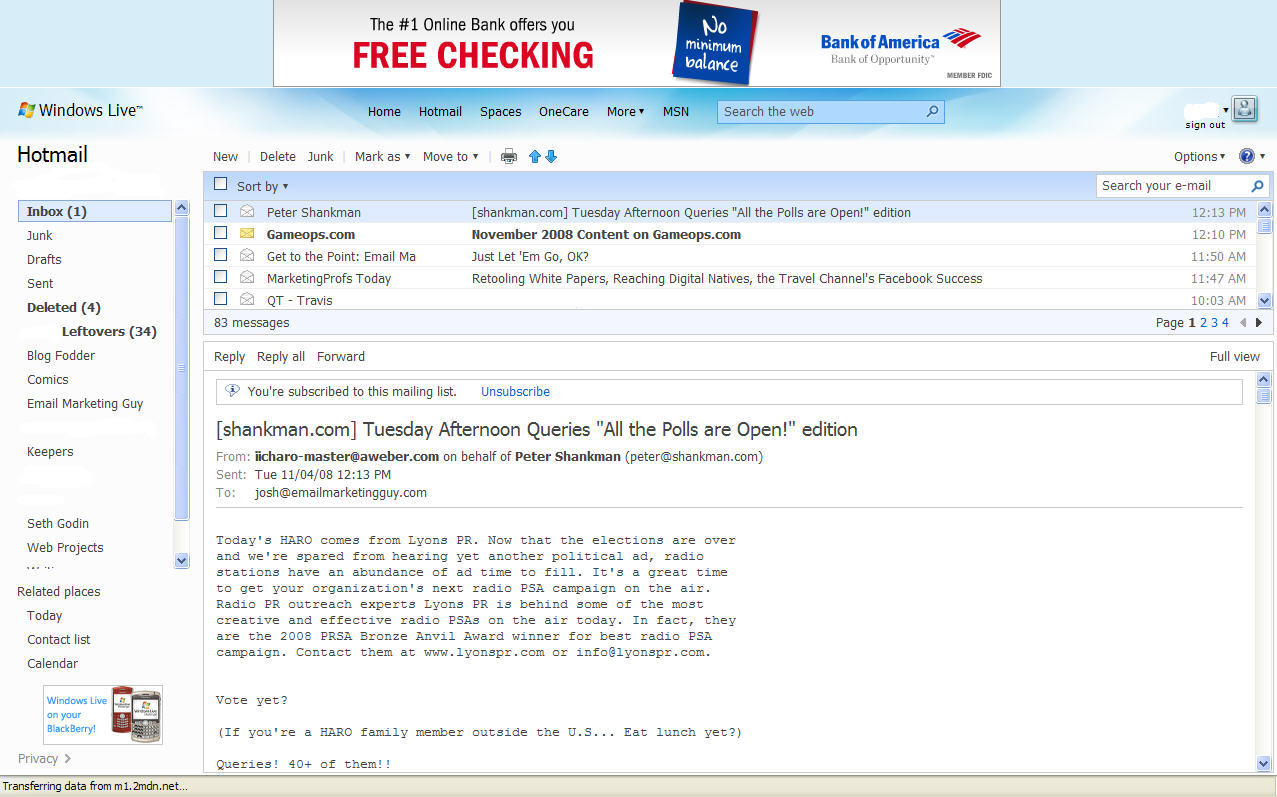 Oh wow! I didn’t even know Hotmail Revived was also broken with logging in.
Guess he doesn’t get how databases work.

I guess he never reads requests. i would like if someone did a better hotmail revival that runs perfectly with Windows Live Mail

also. does anyone uses this service again. looks useless to me and doesnt work properly.

As for what the service would look like, here’s an assumption based on that Roundcube login screen: 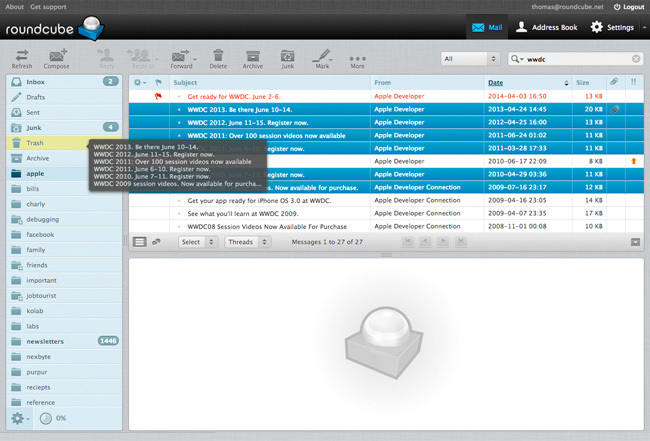 Several minutes after i signed up.

It’s like every project @Deathlife23 makes, it bombs almost instantly!

could you resend me your email and password? i’ll do it now

Body seems unclear, is it a full sentense?

i resended and still the error.

are you doing this correctly

are you doing this correctly

I use Hotmail Revived, i have an account and works, i can log in normally, here some screenshots: 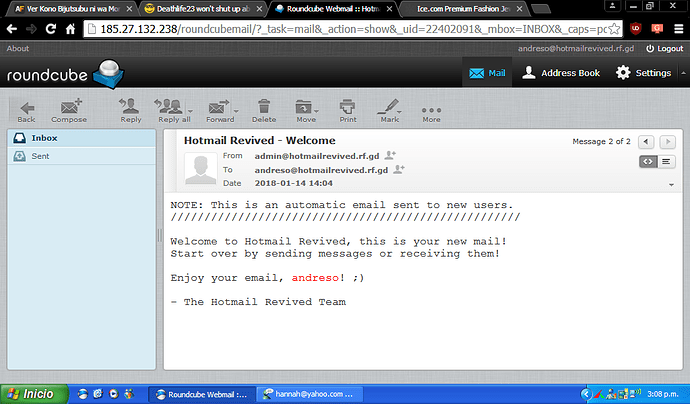 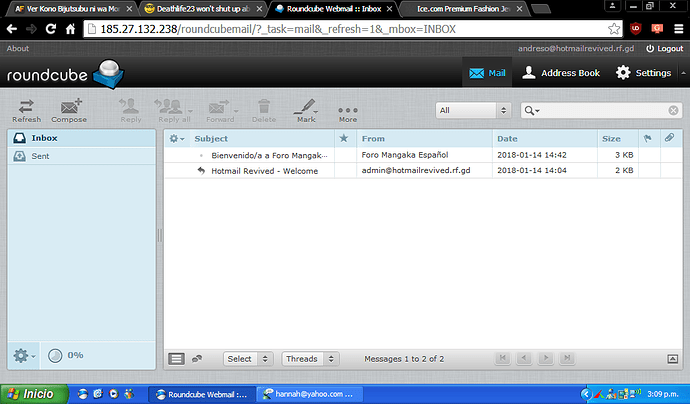 Also, proves my stance that Hotmail Revived is just an unrelated email backend in disguise. 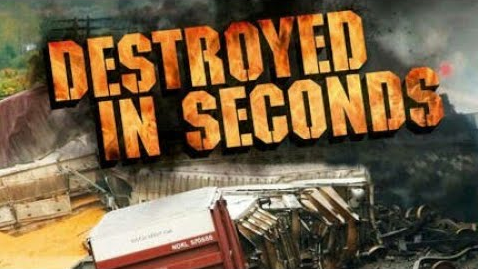