my yt notifications are full off this freaking green guy! 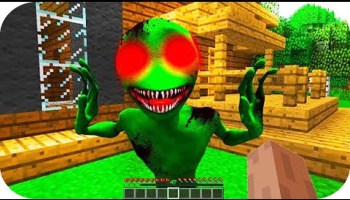 WHAT IS THIS??? MINECRAFT IS NOT COCRAFT OR WHAT ???

This wasn’t even necessary.

Move along, folks. Nothing to see here!

whats up remember me?

Yeah, i remember you.
What’s up?

Well… i think i have changed my idea on MSN/WLM.
I don’t use it much anymore because people blocked me on it.

I got permanently muted on that one.
Nothing much

You had to be suspended because of your little flame war with @Nojus2001 here (and being a detriment to the forum for a whole year). Then you ban evaded three times. First with @PaiGai, second with IAmPissed (now deleted), and now, @placek.

Stop trying to win. You lost at square one.

Oh come on, i have changed in these months.
Am i doing anything bad right now? Am i causing drama? Am I DOING drama?

You’re just the one who wants to start drama.
Ew, no thanks.

i have one thing to ask for you when your projects will be alive again?

Am I doing anything bad right now? Am I causing drama?

Well, no, but you are technically breaking forum rules by ban evading.

Also, you haven’t changed. I could tell from your messages on MessengerGeek’s IRC channel.

I see your stupid attempts on getting me banned again.
You’re the one who ruined everything in this forum, trying to be “smart” exposing and making memes on people.
Oh, let’s not forget about that time you sent g-
WHOOPS, let’s not talk about that.

Oh, let’s not forget about that time you sent g-

That is something you stretched out and plastered on here to make me look bad.

And it seems that he sent it to you because he thought it wouldn’t hurt and that you wouldn’t use it against me. Well, guess where we are now.

In short, private things are private, and there’s no need to bring it up if you’re just going to frame others.

For the first time, I’ll be with him. I got banned in an IRC channel, evaded the ban, showed them that I have changed and guess what? No ban for me! Let him have a second chance, he really wants to show how he changed. I think what happened on IRC was just a shadow of its former self.

What happened on the IRC channel was hours ago, so it’s pretty recent.

Well, if in IRC wants to be one person and another on here, what really counts is how he behaves here. If he wants to change its behaviour here, why he shouldn’t be able to?

if in IRC wants to be one person and another on here, what really counts is how he behaves here.

That’s not my issue. My issue is that he’ll be a detriment at some point here if he was unbanned, like how he was before he got banned on his @Deathlife23 account. But if he actually shows his improvement, if he shows he isn’t going to act out on others, and if he shows that he’ll stop creating useless wars with other users, then I’d give him another chance, and that time will come very slowly.

However, his behaviour elsewhere isn’t going to help the fact that he probably will shape the forum for the worst.

Also, rules don’t work like that. If someone ban evades, they’ll have to face the consquences, regardless of how much they say they will “change.”