I just found out that MessengerGeek had an IRC channel, and I realized that it was the little chat applet on the MessengerGeek blog, which I had assumed was abandoned. Since that is most likely the case, I just want to advertise the server here as I think it still deserves some life.

(Yes, @TReKiE owns the IRC channel, not me)

To join, whip out your favourite IRC client and nick, then set up a network with these settings:

Then continue the conversation, as Escargot likes to put it.

I’ll be on as assholishkirk, so I’ll see you there.

you can tell me that is the best irc client , in your opinion

No need to. Just type up a nick, set up the network, and you’re all set.

if someone want to add me , my nick is PPzudo

Time to set it up in my ZNC and chat

when im looking for irc client 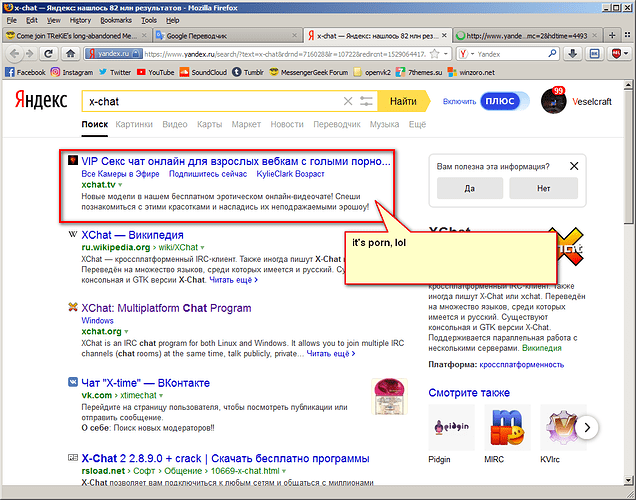 I mean, the URL is xchat.tv, so it does hint to “the good stuff.”

u mean this one?