Hello and welcome to yet another useless thread of mine. This thread will cover an issue that plagues builds from 5112 up to 5231, and how to fix it (atleast firefox until version 20). 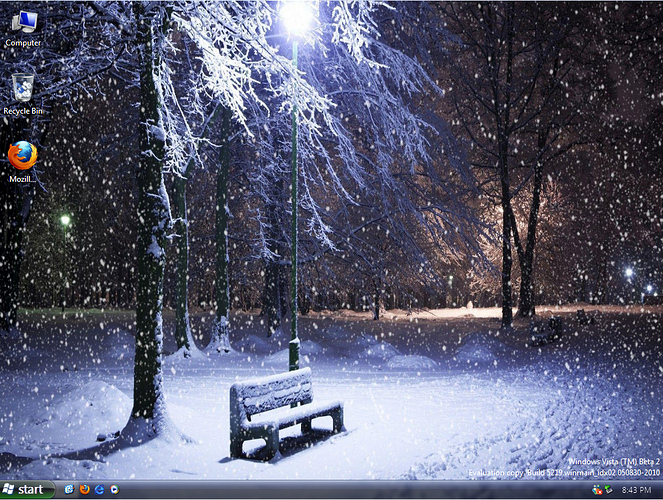 image1022×770 521 KB
Lets assume you have a normal 5219 installation. Ignore firefox for now, we’ll need to work with IE7 beta.
Why? you can’t really install any browser at this point. You’ll NEED to cooperate with Internet Explorer and all of the certificate errors since i have no idea how to de-bomb this build and you’ll be running it on 2005 or 2006 date.

Anyways, Open up internet explorer. Bing will work without a hitch and won’t throw certificate errors but it’ll look wacky. You can search for 7zip yourself on bing since the site will open up properly, only with a certificate error that can be ignored.

After downloading and installing 7zip, we’ll need the Firefox 20 installer. Grab it from the firefox repository, you can just look up on bing “Firefox Repository”; it’ll be this: 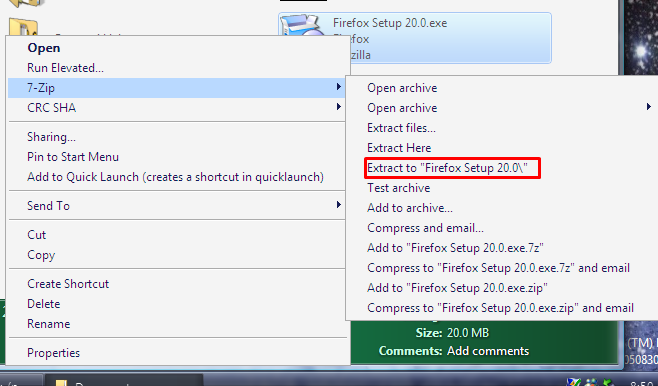 Open the “Firefox Setup 20.0” folder and take the “core folder”. This contains the browser files. Put it somewhere else.

Anyways, with that out of the way, lets get resource hacker going. Sadly, that’s not really an easy task. Downloading from the site will throw the “Side-by-side configuration error” that plagues not only firefox but aloooooot of things. We need version 3.6. You’ll need a ton of patience to copy this entire url into internet explorer: https://cdn.discordapp.com/attachments/573623720766078998/666129765832458240/res.zip
If done correctly, you should see a download pop up:

Save the file and extract it to a folder. Lets get going with resource hacker. Open it up and look for the file “firefox.exe” inside the core folder mentioned previously: 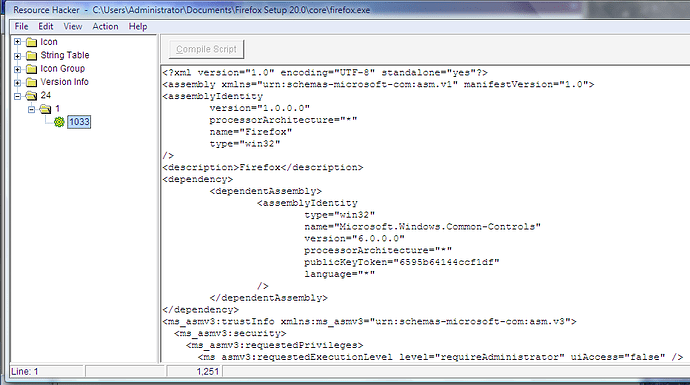 It’ll have “asInvoker” instead of “requireAdministrator”. Thats the point, replace it with requireAdministrator, press the compile button and save the file.
Right click the newly made firefox.exe and go onto the properties (not resource hacker). Set compatibility to windows xp: 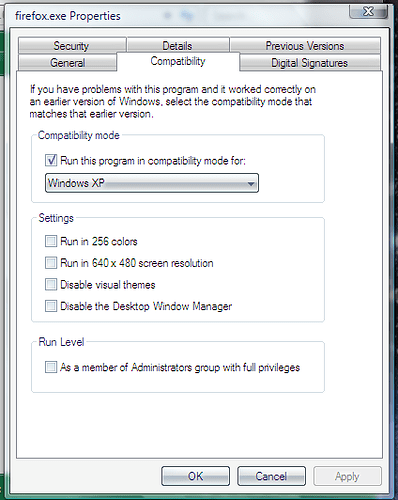 Keep in mind the certificate errors will persist and messengergeek wont open for some reason. This’ll be barely enough to do anything, as youtube won’t really work.

this should just be a made into a installer or something.

if you edited the nullsoft installer, it won’t work

It isn’t the nullsoft installer, it’s a new installer built from the ground up with InstallForge. 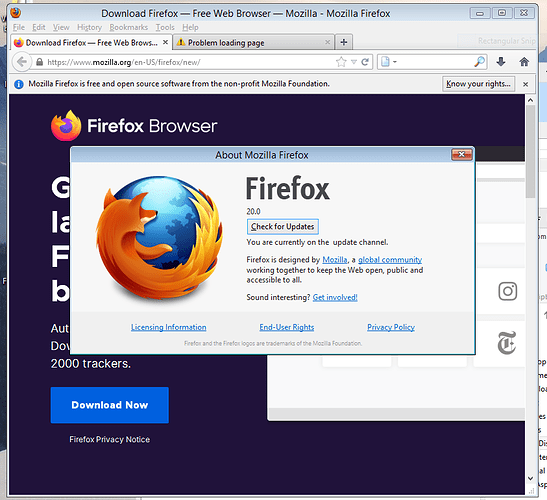 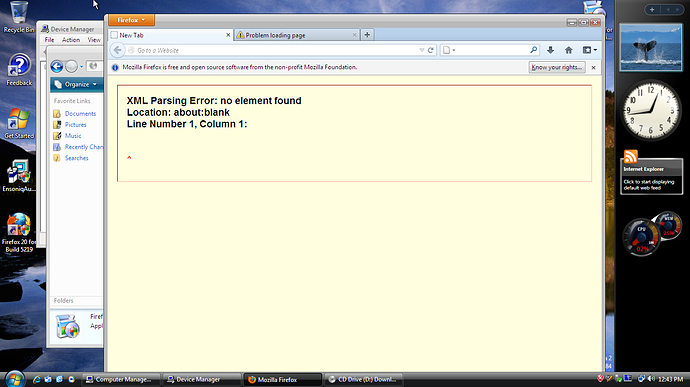 5308 is fucking unstable, the OOBE was slow to death, and it crashed twice.