What happened to ICQ?

I don’t know when but ICQ got a major update, UINs are gone, they are replaced by nicknames, you can’t attach an email anymore. When did this happen?

since these bastards of mail.ru replaced icq by icq new

It was better before they did that …

basically they fucked themselves up

Yeah it’s basically the Mail.ru pager rebranded as ICQ, but made to look sort of like Telegram. There is a revival in progress, it’s not available yet, but I am working on it and it will be up within a few weeks.

If you have an existing old account, you can still use it as-is, at least in the web UI (haven’t tested the client since last year). The UINs are still there, as are the old contact lists. Mine is from 1997 and it’s all still intact.

So they’ll get a few points from me just for grandfathering in the old users. Yahoo didn’t bother when they transitioned to something new (and then ultimately killed off).

No, they aren’t UINs anymore they changed them to nicknames (still numbers). The “new” ICQ is ugly and it looks like telegram and now you can’t attach e-mails nor set a password.

From my view that’s a great way to integrate the old with the new. I can log into my UIN without issue, and like you said, my old contacts have their UINs exposed as nicknames, ie. @12345678. Considering how many owners ICQ has had, it’s extraordinary for everything to still be there, right down to the original names (and my own rename of contacts from the late 90s).

If you look at Microsoft’s implementation of integrating Skype and Messenger/Microsoft accounts, you end up with users like live:jonathan_392819, which is no where near the existing Microsoft account name and is confusing in a lot of ways to both old and new users.

I understand your perspective, you’re looking for the “real” ICQ experience, and the current ICQ definitely isn’t it. And that’s completely legitimate, as it really ends up being just another IM now. But I’m thankful that as a legacy user, I’ve been brought along for the ride, as I am likely not going to produce any revenue-generating activity for mail.ru. I just wish they hadn’t killed off the old protocol, so that it would still be easy to be signed in using a third-party client.

Aside from transferring the ICQ accounts and their contacts, the old ICQ is dead, and in fact that’s not really an aside so much as it is a fact. From what I’ve heard they couldn’t go backward if they wanted to, because the old stuff infrastructure/protocols are all totally gone. That’s where I come in though

I just found out that ICQ 8 can’t connect anymore it’s always stuck at connection, it worked before the new version

because old icq is toast

Well around here, toast is turned back into bread 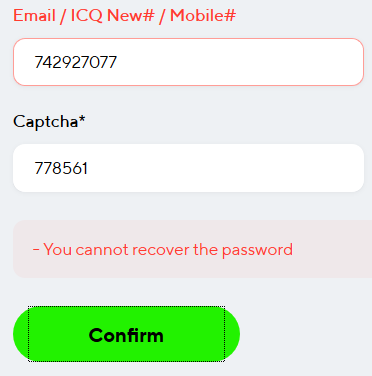 forgot the password, apparently can’t get it back
and no the linked phone number is dead

My reverse-toaster is currently being worked on. Initial client support will be quite narrow, ICQ 2000 - 2002, and some other clients like ICQ Lite, but later I will support the later clients and eventually the very early clients which used a different protocol all together.

this server sounds interesting. i’ll be sure to join once it’s up

ICQ 8 doesn’t work since quite some time, however if you don’t want to use the new ICQ, you can use Miranda NG, just enter the phone number linked with your account and it works. 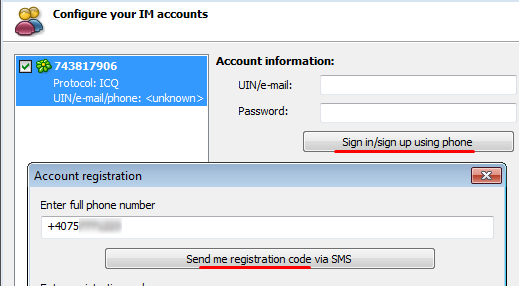 It’s such BS that they require phone numbers now. I hate how this whole trend started, seemingly with Facebook, where you have to basically surrender your identity totally to basically do anything. The total irony in this is that during the 90s and early 2000s the whole of society told young people and everyone else to never give your information out to anyone, now it’s considered weird if you don’t give all information about you.

I hate how this whole trend started, seemingly with Facebook

Facebook inspired the decision in Live Messenger 2011/2012 where display names were removed in favour of forcing full names, and that was linked into their social network site where you would be sharing more of your information. It wasn’t as bad it could be, but it definitely was an attempt to start something similar, and at the expense of the creativity of being able to change your name at a whim, something that ICQ also has.

It’s such BS that they require phone numbers now

I think we can likely point to Whatsapp ( conveniently now owned by Facebook, so we can blame them again

) for this influence. It can make a lot of sense, in order to justify the return on investment of the service, you need users, and the easiest way to get them is to go after what’s most convenient for most, SMS. But considering how many other services allow both (Skype, Twitter, etc.), I do think they do a real disservice to current ICQ users in not allowing you to choose which you prefer for your account. Especially when they already have the infrastructure in place to do it.