(Poll)Do you consider Windows XP as an important OS to the Windows History?

Here is an experimental Poll I made

No. Served more of a cultural impact rather than a big milestone (as Glosswired said). More important OSes are Windows 2000, Windows 95, Windows Vista and Windows NT 3.1.

2000 - First Windows NT version to become successful even on the consumer market, compared to Windows NT 4.

Windows 95 - Introduced the base of the Windows interface as we know it today.

Windows XP was still pretty similar to Windows 2000, therefore not that significant, outside of visual aspects.

It’s more of a meme then a piece of history.

Yeah it was important, If XP never existed, what would have been present day windows?

Without XP, we wouldn’t have

Windows could have been pretty much dead without XP.

and i believe XP was the first major UI overhaul since 95, not vista 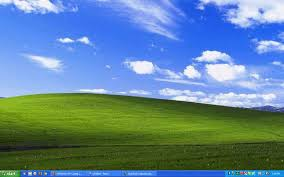 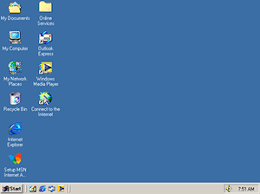 I agree, the biggest changes to the UI goes to WinXP and Win8

Vista should count (for UI), Can’t count for 7 because it was just a modified Aero. also can’t count for 10 because it’s still incomplete, even after almost 4 years of being released.

Vista introduced many changes under and over the hood including WDDM 1.0, WinFX, Aero, DirectX 10, Explorer redesign, Sidebar, new cursor set (yes, i’ll count this since the xp cursor has been used since the windows 95 days), Search indexing, and others.
Some other stuff include introduction of the new windows logo which would be used from 2005 to 2012, while the xp branding only came on xp. And then theres the whole new kernel.

so no, this is to prove vista is NOT basically a glossy version of Windows xp.

I can agree with Megadeth’s comment. XP was still pretty big, other than

Vista improved a lot, Icons that were used until early builds of Windows 10 that were also time-less, One of the best default themes in Windows history, Introduction of Aero, No UI inconsistencies, and some more

yep, all of that within a OS that was stuck in development hell and it needed 2 service packs to improve.

Without Vista you mean, XP never had any Aero, it was Vista and 7, not XP.

we indeed could have it, it would happen eventually.

Same thing with metro, it all happened eventually due to the flat design trend starting by 2011

Umm i want say yes because is my first windows get one computer in december 2001 (9 years old)
XP is very one best in 2000s because better for WIFI, more pretty than 2000 , more stable than 9X/ME for public people, and very stable

I changed my idea but the poll seems to have been locked. goddamnit