can i talk about windows CE/Mobile for a second:

in the EXACT same place as the Server registry string for Messenger 1-4: 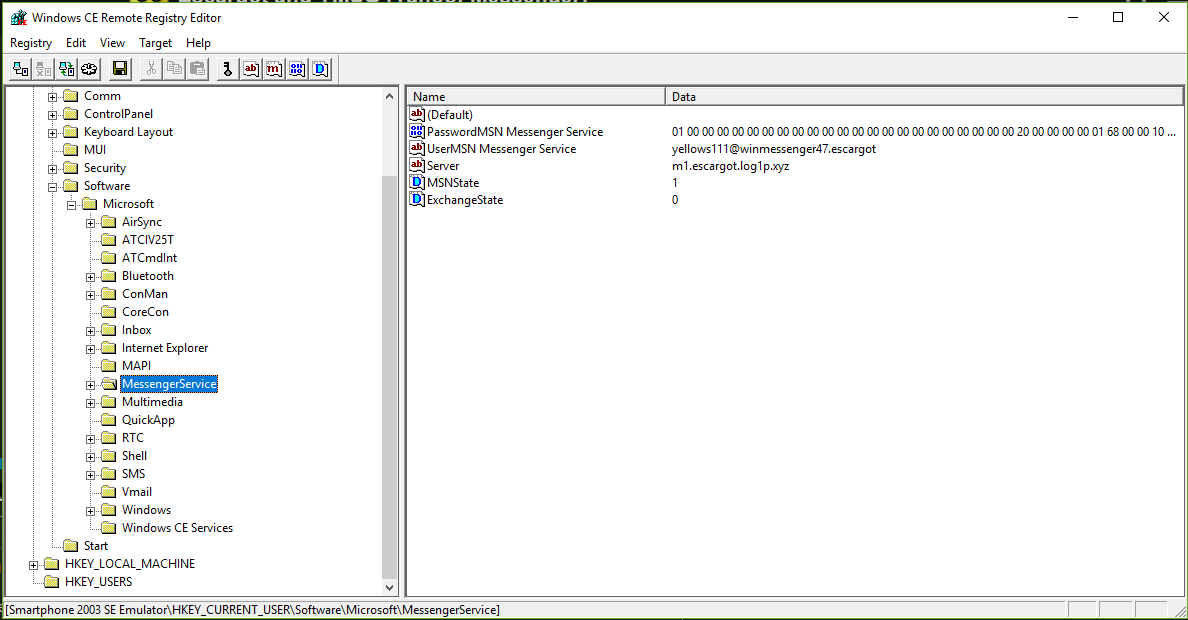 Interesting. This fills me with loads of hope.

GREAT!! I’ve got a Windows Mobile 5 PocketPC mobile phone. That means I can place ESCARGOT in it?

Possibly, do you have the Windows Mobile 5 SDK installed?

Actually, after testing, this only applies to PPC/WindowsSP 2003.
sorry.

Actually, now that there is a MessengerService Directory in the Registry, which was not there when i opened RRE, i’m going to test on Windows XP SP3. 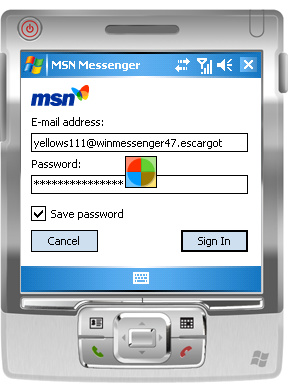 i actually cannot confirm that this works
make sure Old MSN Support is on though.

When stupid windows update finishes, i’m Going to try. Should we maybe make a new topic?

I have a PDA with Windows Mobile 2003 SE and I would love to see Messenger working again on it!

the problem here is that ebuddy, like the msn java app uses a proxy xmpp server. So it is difficult to develop or revive the original app. because it´s necessary to have a server for it. the bad news would be that there is no documentation to create that server. I think instead making another MSN Server.

I have had several attempts to make MSN Messenger on Windows Mobile 2003 SE work… But nothing seems to go on, registry tweaks won’t give any other result than ‘incorrect login/password’ (which is still better than ‘service unavaliable’). Hexediting the ‘instmgr.exe’ isn’t likely the option too, due to I haven’t found any strings associated with adresses nor protocols anyhow. Maybe you know some better tool to rip up ARM-compiled binaries… Or maybe you can spot the other place, ie. DLL or some textfile that can be modified to get the job done

But I actually think that’s the server side issue - not being completly sure, though still wondering.

MSNP8/Tweener, i have nothing else to conclude that this could work.