It’s like 2003page but run by me and XPUser. 2003page has subsites and we have buttons. It’s similar to 2003page before most of the buttons were removed.

wow, this actually might be a decent alternative to 2003page

I wouldn’t call it a replacement (because we’re friends with 2003page), but more of an alternative

You should add css for subpages as well.

i was in a bit of a hurry when making that page. I’ll polish it up soon

You should add css for subpages as well.

The CSS is a bit bright and glaring though, don’t really see the point of this website since 2003page exists and even that’s kinda useless

Story time: I made a redesign in January 2020. It ditched buttons and wordart. The result was this. 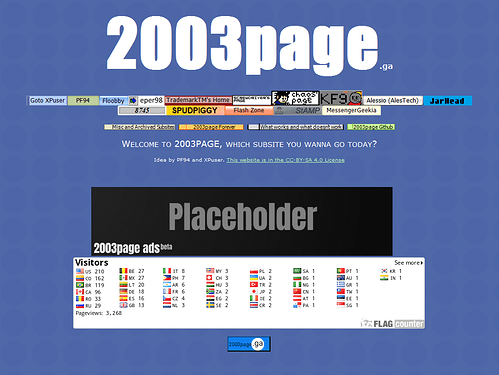 Then Jarhead went pissed off because there was no buttons and the wordart was gone, and threats of retrosite begun to appear. 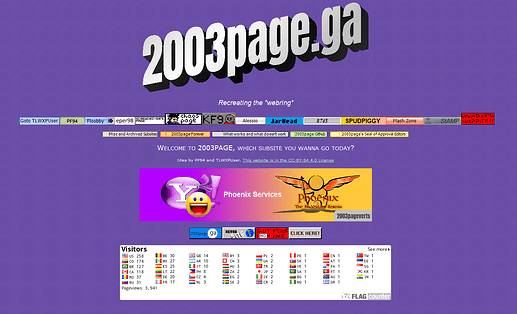 I think he’s saying the site is useless. To be fair, it doesn’t have any practical purpose. It’s just something fun to look at

It isn’t fun to look at, it’s pain to the eyes
The only websites that were full of flashing gifs and cliparts were the ones who gave it out dodgy virus free mp3 links

Basically, useless bacause we already have 2003page why another retro site?

Look, taco boi retro site is the same thing that 2003page, design, objective, in a nutshell:
2003page without collaborators.

Yeah it does. I should probably add more of those sometime

yay i have a sonic cursor naw

WHAT YOU HAVENT FEATURED ME