Goodbye, a legend you always be in my heart

I used IE as a main browser from IE2 (1995) to IE10 (2013). The IE10 beta had not gone well, it was at the end of the era of their private beta testing programs, and most (perhaps all?) bugs were simply ignored. Shortly before IE10 release, the testers (myself included) got an onslaught of e-mail notifications all at once as every single bug was resolved as “non-reproducible” (ie. they hit select all without reading anything).

On the day of IE10 release, I installed it, opened a few tabs, and the browser window hard froze, needing the iexplore process to be killed. The same issue I had been meticulously documenting and trying to build workarounds for many months prior in the beta program. I killed the process for the final time and opened Firefox.

but why you didn’t used 11 version?

In fairness the aforementioned bug did get fixed by IE11, but the IE boat had already sailed and disappeared into the horizon.

At the point of IE10, anyone in technology using it was already in the minority, and I had added an “Open in Firefox” context menu option (you can do so in old IE versions using a registry key and some javascript) to easily open the current site in IE in Firefox, as a lot of sites weren’t working very well anymore.

An earlier message posted above (now deleted) mentioned IE12, which was supposed to be a thing, it was even in the original betas, but then they renamed it to Edge instead, and then made the control (for use in other applications) usable in UWP only, until they reversed that decision in 2018, but it was too late. Similar business decisions (rebuilding/forcing people to use the latest thing) killed off Windows Phone too.

But for what it’s worth, I did continue to use the IE COM control in my personal RSS reader until converting it to Chromium about two years ago. Performance immediately improved and the memory usage fell >50%. 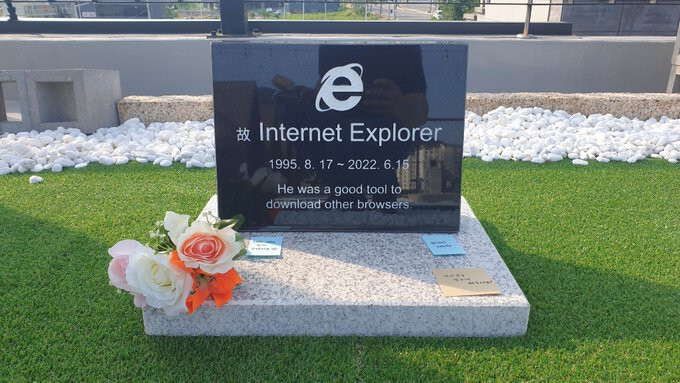 I think it’s interesting that they decided IE was a guy. There is an OS-tan for IE too, but it’s a girl:

Inori Aizawa (Japanese: 相沢いのり, Chinese: 藍澤祈), also known as Internet Explorer-tan, is a moe anthropomorphism mascot character, originally of the Internet Explorer (IE) web browser and currently of its successor, Microsoft Edge, created by Microsoft Singapore and designed by Collateral Damage Studios. Inori was created in celebration of Anime Festival Asia 2013, and is featured in a video, Facebook profile as well as a special edition of the browser. Inori's purpose is to help advertise IE, and

we had some good times indeed, my first experiences with the internet on Win95 were with IE. 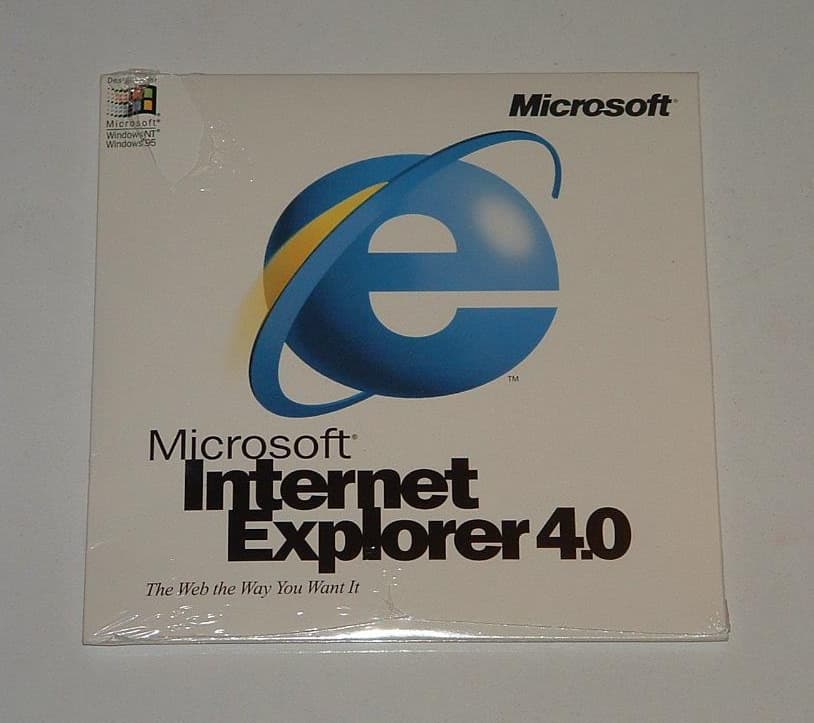 gone but not forgotten

What a sad day…

Jokes aside, R.I.P. Internet Explorer. Has a special place in my heart, from the times when I didn’t know about Firefox.

My first experience with IE was with IE6 on WinXP, and still continued to use it even after IE11, but after Win10’s release, not so long I have stayed on IE11 for a bit (and used also old MS Edge [new MS Edge sucks HARD, and it’s the worst browser imo]), then I migrated to Chrome, and used it for most of my time, and still do use it until now. I use Firefox for sometime though.

My first experience with IE was with IE6 on WinXP

and still continued to use it even after IE11

in the fact i like IE and Firefox for their interface (except last versions for XP) and i will hope on update, patch or something like that for old versions of IE (at least 7-8) that allows to open modern web sites on these browsers

I meant in like late 2015. After that time, I migrated to Chrome.

Well yes, things went worse ever since the new MS Edge release. (you know, forcing you to use it as default browser [even though you don’t want to], and to use Bing (instead of Google) as default search engine, and runs in the background as too many processes, basically taking up much RAM.

Well yes, things went worse ever since the new MS Edge release. (you know, forcing you to use it as default browser [even though you don’t want to], and to use Bing (instead of Google)

I would rather use Internet Explorer if it were to continue to live. But now that it has been retired from Windows 10 (it was tired in 11 since 11’s release), I’m stuck to either use the ugly new MS Edge browser, or switch to another browser.

I choosed the latter: switch to another browser.