I Want Another Version

The Versions MSN '09, MSN '11 MSN '12 avaible pls i want this versions u can speed? Contact On MSN:pedroxthebest@hotmail.com 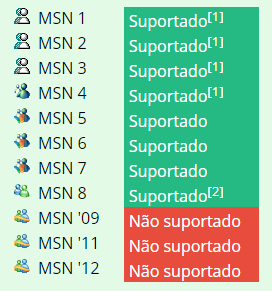 Please explain what are you asking?

The developers are currently getting MSN’09 working and its almost done.MSN 11 AND 12 will take a long time to get working

tbh I haven’t seen one of these in some time

Guess what? I’m currently the active developer for support of this version, and from the looks of it, you haven’t even the slightest grasp of developing for this version of MSN that involves a lot of undocumented internal web services and odd workarounds to support the MSNP18 protocol. I currently postponed work on the Circle feature just because it and the address book system I implemented for them were getting too complicated to get working properly right now. Even when I get the core functionality of Circles working, there’ll be the web component of them to get features like group websites, photo storage, and even settings for Circles and the ability to delete them working. Then there’ll be the social aspect of Messenger to get working (e.g., “What’s New”), if that is necessary to get into. There’s a lot to Messenger, inside and out, that looks simple on the outside, but is a complex mess on the inside. Heck, I don’t even know what else there is to WLM 2009 that has to be implemented yet. You have to understand that we have to adapt with these newer versions’ complexities, and that it takes some time to do that. I’ve said this to a few users during my time on this forum, and I’m not surprised that new users are still begging for this highly anticipated version to be released even after I’ve stated that the implementation process is complex and slow when working on it.

Good luck with that it wont work!

he doesnt know who is leo

if you really want to try it

This Things Are No Helping Me

Its not really easy to get all version of wlm get running.Its not easy as you think 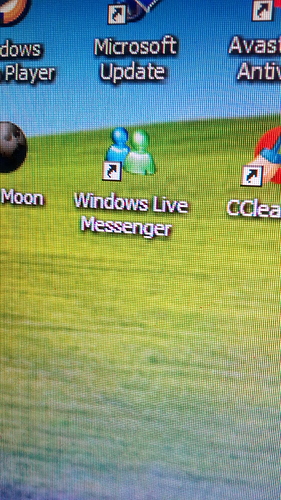 i trying to put the new version not disturb me pls

4 words
it
will
wont
work