Hello there! Time since i didn’t posted anything on this forum

Generally, except little towns, farms and places very far away from cities and internet wires, in a city that it’s supossed to be full of internet connection by traditional wires it could be very rare a trend of getting internet by satellite.

But, the cable stealing it’s so common on my city, that 95% of it (1.900.000 persons) doesn’t receives any internet from the main ISP, even if they pay the bill, thing that also happened to me… So, i had to get an internet type that i’ve never thought before i would install, and mount a 3 meter bar, supported with a cement base and 4 metal wires, with an Ubiquiti AC antenna on the top, with a UTP wire that gets through the roof to the inside of the house, to the PoE and then in the WAN port of the router. 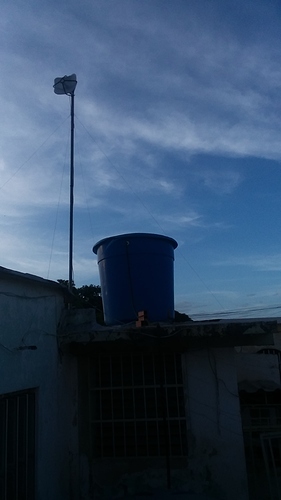 From the ISP that i hired, i decided to buy the 1MB plan, that it’s symmetrical (upload and download at the same speed) and it generally on a download goes from 90 to 128 kb/s, they offered me the 2MB plan, but i couldn’t monthly pay for it.

In my opinion, it’s the best internet you can get if you’re on a place where cable internet is poor in functionality or just null.

But if you live where the optic fiber ISPs, by example, offers it’s services without latency and 100% up 24/7, it’s not recommendable to get satellite internet.

This is the end of the thread, if you want, post some opinions about it! (’ w’)/

that is hyperlan not satellite, te satellite one you need a dish and usually is 20 mb s

I see, but at least here satellite internet with dishes doesn’t exists, and Hyperlan it’s called as Satellite

But i didn’t knew that it was actually called Hyperlan

Isnt this wireless internet? I wonder if this is what i think it is, basically wifi over the air, ive seen it before.

You guys are having download data? it’s infinite for me

You Got 1 MB Jeez Dude

Ive got 20MB/s down and 2mb/s up and its fast enough for me, uploading stuff is a bit of a pain though (well i am used to slow internet anyway (slow to you guys and to modern internet users))

welcome to the 20mb/s club 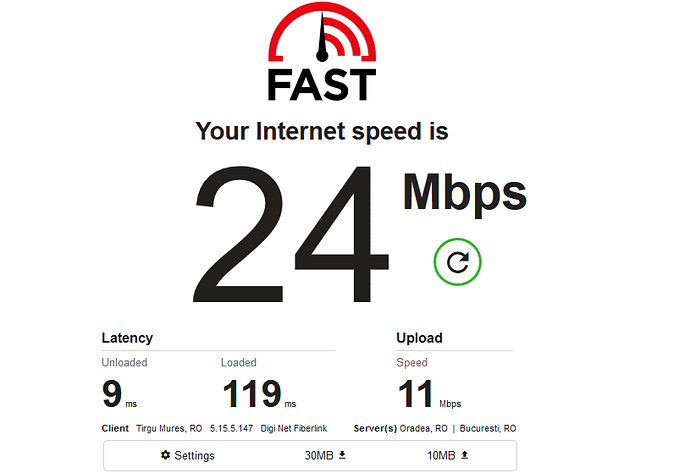 image725×126 5.83 KB
Heh, I don’t know why our internet is much slower now. It was slower since the Corona pandemic started, did the ISP lower everyone’s internet speed just so they could handle more bandwidth? I am using VDSL, not sure if it’s 50 or 100.

Also your IP is visible.

tecnically satellite internet with dishes should be alivable all around the world, btw i have hiperlan, its great has good ping but lacks “juice” when you download a file on one pc the others have a usable internet but barely youtube/ and downloading and the one downloading drops a lot eventually will became slow on all because it lacks bandwith so they all get bogged down untill the one downloading pauses or the other pcs stop watching videos or downloading.
its a 10/1 but lacks bandwith, i will sooner or later switch to dsl (about the same speed of hyperlan but better conn. quality) also getting a good reliable pots line