I’m wondering that. If I can use, what should I do?

What do you mean? Title’s a bit unclear to me. 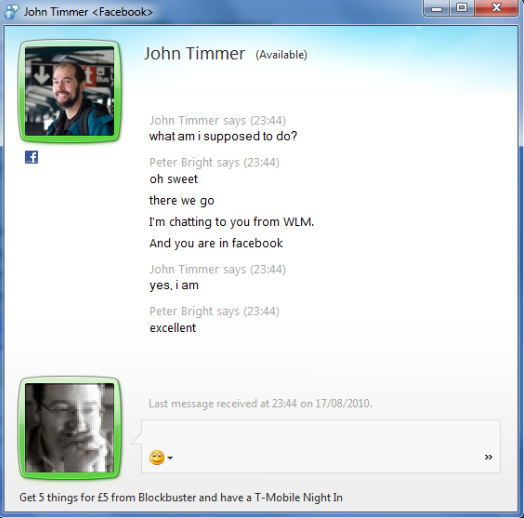 By WLM 2011, there was interoperability features with what’s now called Facebook Messenger, but the specific API for that is long gone, so when Escargot gets to supporting WLM 2011, those features won’t be present, I’m afraid. As for Twitter, there wasn’t any interop for that at all, however, posts from your Twitter friends along with your Facebook friends would appear on your wall, and we’re looking into reimplementing those capabilities when we can.

As for ICQ, there wasn’t any interoperability features for that and MSN. Closest was MSN interoperability with the Yahoo! Messenger service, which was introduced in 2006 and ended around 2012.

can we find somewher the API code?

probably not; if we did, sure, Escargot would have it, but Facebook probably dropped it a long time ago, so it would basically be useless