Beware of that person: maximemeuse@msn.com

Beware of that person: maximemeuse@msn.com

He’s trying to send you a trojan. He’s French. He acts dumb, makes you believe he’s a kid. Sends a lot of emoticons. And then a file that appears to be a MSN+ plugin, but it’s a trojan.

When I found out, I told him I was going to tell people on the board, he said, I translate and quote “I fuck you in the ***” 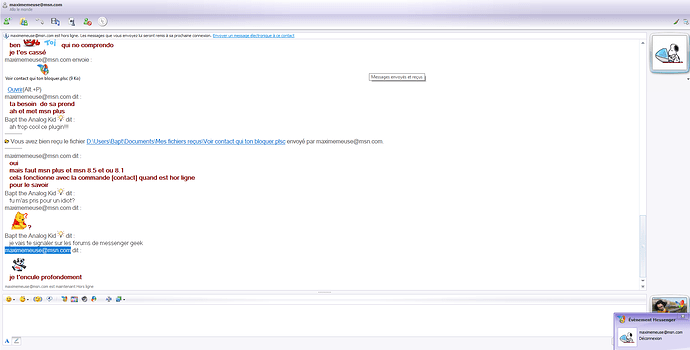 @TReKiE hmmmm… Wonder if this means they’ll be back on here or something, or if they lurk.

Apparently, that user was previously banned from the forum

Attempting to damage someone’s pc is illegal and so he/she can get Jail Time, Probation or a fine. He’s probably gonna get jail time or a fine. 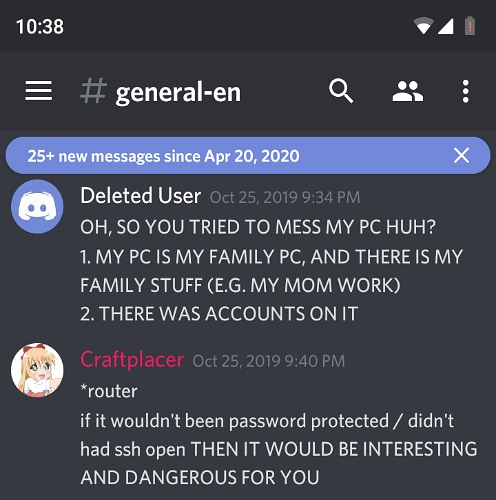 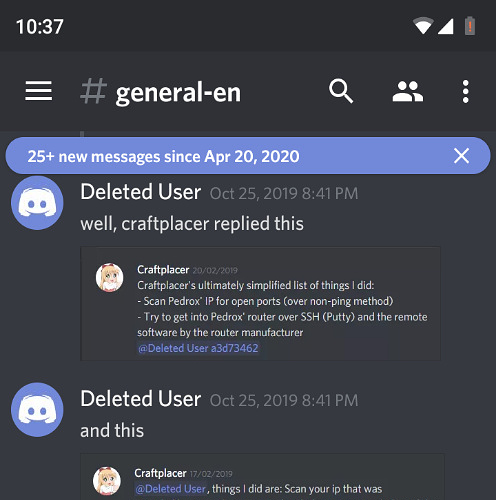 Hi guys I received it and downloaded it but after an online analysis it is clean and windows defender and avast did not detect anything. In my opinion this is a farce and renamed it to make believe, but of course I’m not funny, however, I’ve known him for a few months, but he never did anything to me. 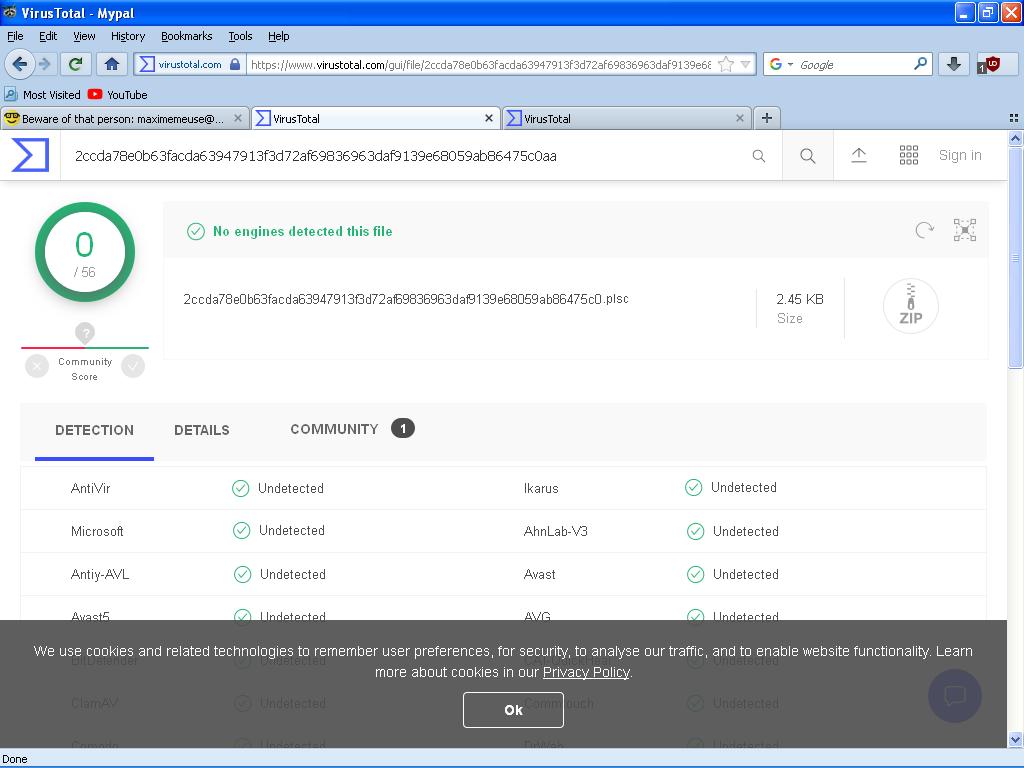 He didn’t try to breach into your pc, He just scanned YOUR NETWORK for open ports and the only thing he got is the router’s login.

Blame your isp for that.

Edit: That means everything that logs your ip Web, Minecraft, etc, servers can be used by hackers to brute force into your login and cause havoc. When did Craft did that?

Not without having info on him

True, but he could be on other forums and stuff and has released info there.

Somebody did record a whole conversation with him. I spare you the lecture. He talks about viruses.
Maxime blocked the person at the end.

This was recorded by @ChazizPF94 thats pretty cool if i do say so.

Also in 2006 (yes 2006) he was banned from French forums for talking hacking and insulting people. He was caught creating a second account. Playing the innoncent… wow. I was ‘stupid’ (no offense to anyone) when I was 12 too. But now he’s 28 !

i’mma PM something to you.

He sent both myself and someone else on the forum a Plus! script that was a light version of a remote access tool (ie. gives him control of your PC via Messenger), which he had renamed to appear innocent to increase the changes of us running it. I examined what it did instead of executing it, but the other person wasn’t so lucky.

He then denied the whole thing, even though it’s perfectly obvious by looking at the script code what it is. If you’re interacting with him, be very careful.

Is there anyway to ban his IP from accessing the service?
Windows Defender blocked the file by the way.

Funny thing is, I accepted his script hoping it was legit to block him and ask him if he could saw I block him. But funny thing number two is… that script existed 10 years ago already. He didn’t invent it.

ikr. he sent me this

As the PDF logs were uploaded to the public, i’m going to post this warning from that lounge thread (The Lounge is a hidden forum category made for Regulars, it is barely used).

Keep it with a grain of salt, i tried making a “alter-ago” that i was this edgy guy who begun to
hate MG and Trekie (this was, before the failed attempts at quitting)

Maxime didn’t gave a fuck about him being banned on MG.

That above is a translated-by-myself snippet of the log.

He spammed a lot, i remember having the conversation window being reopened a fuck-ton of times when i was busy doing other shit.

Months after the “eat shit and die” message, i forgot about him.

unrelated thing, thats what was the lounge is used for? I thought it was some group.

thats what was the lounge is used for?

Most of the threads are “Meta” threads, albeit they go on more “controversal-at-the-time” topics.

I don’t want to explain much more.