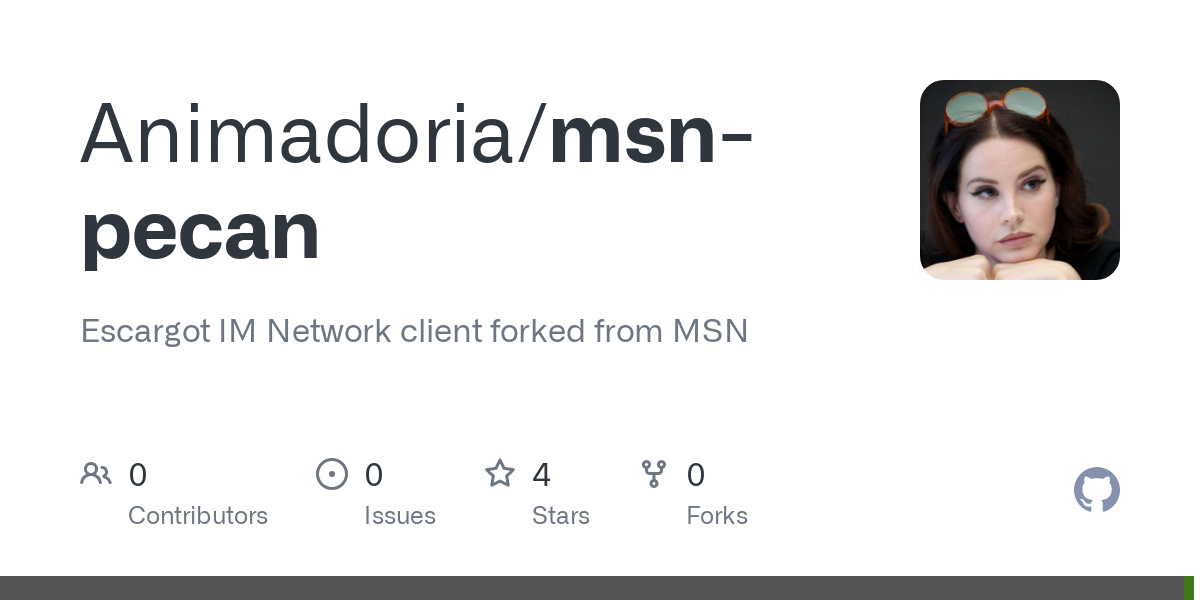 I think it’s great, but it indirectly shows a lot of insight, because Animadoria is not a C++ programmer and yet fixed the problem in 20 minutes, meanwhile a self-proclaimed C++ expert bitched and moaned for over a year and couldn’t seem to fix the issue “herself”.

wdym, do you mean that person with a naked furry animal as their github pfp?

No. He’s talking about Kalinka. Kalinka never said she was a C++ Expert. Kalinka is not a Furry. You are confusing Kalinka with Felipe Contreras.

Yes Kalinka wanted a supported Pidgin module for Escargot.
What we have seen so far is as follows:
At least as far as I have tested messaging her:

Pidgin may crash sending and receiving messages.
Pidgin can transfer images, but not join Group Chats because that feature of MSNP18 was not implemented yet.

can someone explain what escargot pidgin mean? 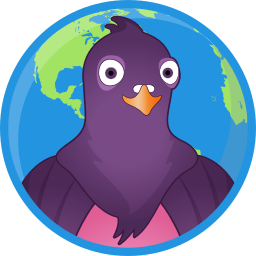 Pidgin is a universal chat client, allowing you to consolidate all your different messaging apps into a single tool.

Plugin for that to support MSNP specific to Escargot.

It works but it is unstable and needs both debugging and updated. One crash has been identified in the plugin.

ofc this person will not reply to u, as to mine question

What matters is that we get a competent C++ Programmer to bring this plugin up to Current Escargot standards.

This plugin is shown to work with Audium.

I won’t reply to him like I did reply to you and then you show a picture of me not replying? What? Are you trying to be passive aggressive and just coming across as childish or just whining in general?

There are a lot of reasons why the GNU toolchain took off, the primary reason was that initially there was far more limited availability of the BSD libraries, especially when it came to hardware compatibility, and in fact that’s part of the reason Linux was created, due to licensing issues, and others worked to get it working for their hardware.

Just because something is popular, doesn’t mean it doesn’t suck. It’s sort of like asking: if Windows isn’t as good as Linux, why was Windows so popular? Using your implied logic: it must have been better, more stable, and cheaper.

ETA: In a few recent posts and/or videos even Linus himself had mentioned that he wished that he could have used the BSD toolchain, it may just be because he is so sick of GPL nonsense and the insistence of RMS to take credit for Linux just because libraries are used that have GNU stamped on them. You know, just like Zend demands every PHP project be called Zend/WordPress or whatever… oh wait, no one else in the world demands that except RMS and his fanboys.

Yeah, i know the history behind the Linux,
but you still didn’t respond to my question: «Why these tools are “shitty”?»

Of course, popularity does not equals to quality of the product, but this is (kinda) not appliable to OSS products (especially with GPL License), such as Linux or GNU Toolchain, bc they can be modified by a big range of developers, nor the small company. But the OSS isn’t limited to just showcase the code - the developers can apply community pathes. So, as the OSS is popular, then the quality is higher as it could be

I didn’t intend for this to start any Drama on Coding Toolchains.
I just am looking to get this plugin working, and modernized for modern Pidgin.
This includes if possible implementation of Escargot’s implementation of MSNP18 and compatibility with Pidgin’s new internal voice and video layers connected to gstreamer.

«Why these tools are “shitty”?»

Oh, that’s what you’re asking, sorry missed that as the question. Well, one of the biggest problems is how unmaintainable much of the code has become, especially gcc becoming more so as time goes on, it’s one of the reasons (aside from GPL 3) that so many people have jumped ship to clang/LLVM.

Aside from that, if you look at the state of a lot of the tools, in some cases bugs have persisted for literally years and have never been fixed, especially in cases where they are used off Linux, one that comes to mind is tail having a bug that does not allow -f but does allow -F, the former just refuses to read/follow the file at all. This bug exists on releases such as GNU for Win32. That’s just one example.

The biggest problem is that due to issues within the toolchain of poor design going back, bloat, and other things, that’s why it’s become shitty, it wasn’t always total garbage by any means, it was at one time a reasonable alternative to BSD, but it’s not 1998 any more, and hell by then it was probably too late.

The culture doesn’t help either though the culture should have no impact on the toolchain, unless that culture tries to force you to do things against your will, which is why so many gripe about GPL 3. This, on top of even clang/LLVM is open source, but RMS still bitches about it because it’s not open source how he likes it or I suspect it’s because it allows Linux to be used without him being able to stamp in name on it.

We still need a C++ Coder to rehabilitate this plugin.

adding a gpl license to my project ended up killing it in the long-run, ouch

I don’t see how. But that’s not what this is about.