Alejandro Cermelo did uploaded a trojan and when?

I saw @Alejandro_Cermelo account and i noticed that is suspended until 3018 (like @Androso911) because he uploaded trojan, but when?

Maybe with his msn 3 stuff

Yeah i notice that he was gone

MSN 3? you’re talking about MSN 1.0 translated to Spanish? because i downloaded that and i have it

Yes, now i remember that thread

@TReKiE will say why he banned him

But which of those files is a trojan? Unless TReKiE has removed (obviously

), the English version does not seem to have.

Nope. Almost sure that TReKiE removed, it would not leave a malware freely for anyone to download. 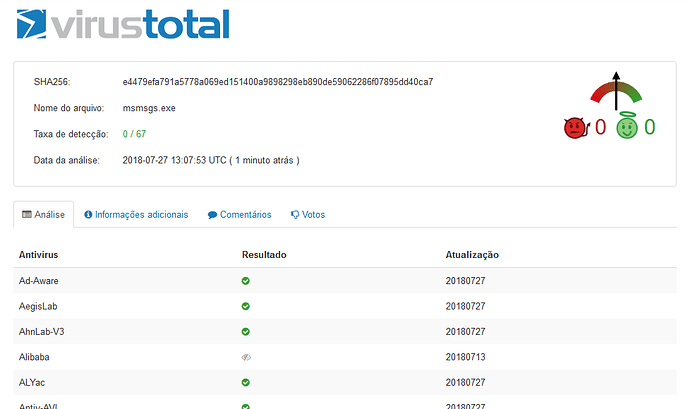 From what @TReKiE said to me on msn heres what he said: it was something he made that deletes other software but it claimed it was going to improve it

It was about his “Code::Blocks patch” that would introduce “a Symbian compiler and the ability to run Code::Blocks on a Nokia”, in which the second claim sounds outrageous.

Instead, it was a trojan that obliterated the Code::Blocks directory and displayed a message demanding the victim to use another IDE, if said directory existed.

today he write me in wlm 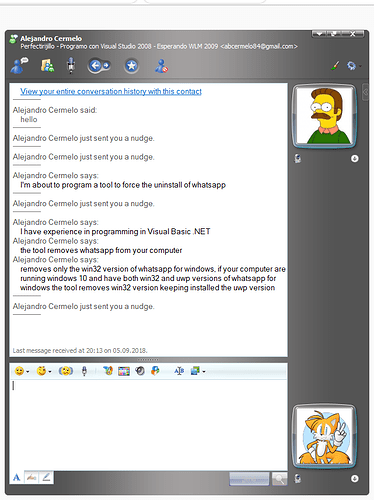 Because removing WhatsApp from your computer is an extremely difficult task

I hope he didn’t send you a virus.

opening control panel and unistalling whatsapp is the hardest task ever