1 Week Of hackintosh: how has it been?

For the past week (or pretty much month) i’ve been trying to get macOS high sierra on my main computer (which im typing on.). Heres a summary of what happened through:

Through the month of February, i’ve been interested into Apple’s OS mainly due to its good-looking UI and it being quite unique in a certain way. So, i’ve looked back into my old 2014 Niresh Mac OS X 10.9 VM’s and looked for the old OS X Distro and installed it into my other computer which now sits right beside my machine. While it was a simple install, same can’t be said about something like a Vanilla install (i’ll go through this in a second.). Basically, by r/hackintosh’s own definition of Vanilla install, it means the majority of the OS remains margely untouched, and the drivers (which are called kexts) are kept into the EFI partition (the difference between a distro and a vanilla install is that a distro contains patches, modifications and extra kexts and generally are not recommended by the hackintosh community.).

Skipping over to few days later, after some attempts of a vanilla install into my Dell, i’ve decided to try it out on my main computer. By this point, i’ve been trying it with some guy helping me, it had been past days and no avail, the computer would either spit out kernel panics, hangups and some usb related issues, to this point, i was quite pissed off by it and school was coming by so i decided to leave it for later.

After some time, i’ve came back into hackintoshing, this time, without the guy helping me, Why? he rolled his truck into a lake and no, he didn’t die, Anyways, i’ve decided “HM!!! TIME FOR DISTRO JUST FOR THE SHITS AND GIGGLES!!!” so, i tried installing distros of high sierra in my computer only to fail several times, but i wasn’t that disappointed as i was only doing it for the shits and giggles. But then, i decided to get serious and went into my other computer (which was still running a macOS distro, but it was macOS so i still could use tooling and such.) and did an usb installer with clover bootloader and macOS high sierra, as this was the cutoff for Sandy Bridge (even though you can install macOS mojave on sandy bridge, but im not so sure about this.). While it was a pain (iirc it took me 2 days to get everything right and get the thing to install) i managed to get it working. However, as mentioned before, i now needed to get my kexts and such, atleast, i had a source for my problems and kext searching: the /r/hackintosh paradise discord server. they were the people who helped me troubleshoot my hackintosh until eventually i got it working right, so i give them 90% of credit.

Microphone doesn’t work, some artifacting on firefox and rarely on some apps as seen here:

and sometimes the artifacting is worse such as on youtube videos, but it happens randomly so you are never sure.

The only game i’ve tested was roblox. While roblox studio more or less performs the same as windows, Roblox player can and will get sluggish at times, im not sure what causes this.

I cannot really say anything as im only using it for 1 week, so as far as this point, the system is fine and i find it easier then windows in some aspects.

I overall find it quite amazing we can install macOS, a system faily restrictive of what hardware its installed on (and it quite is, even as far as hackintosh, you have to have a select set of hardware.) into a common Windows PC, and to be honest, i find the system better looking then Windows.

However, do i recommend hackintosh? thats up to you, your time and your hardware. Hackintosh really depends upon your hardware, Plus, it takes a really long time to get right, but, if you want, you may have some useful links: 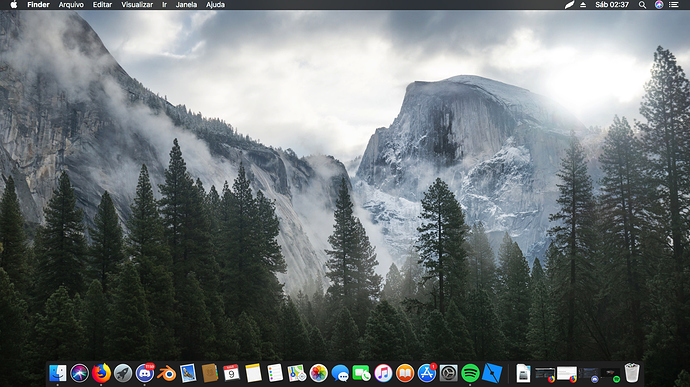 looks really cool! I’ve been planning to do this my self at some point, but I need to get a new ssd/hdd first, since the one I already have is formated in mbr and I dont feel like wiping everything for something that may or may not work.
Thanks for posting the links too, this will save me some time looking for the correct image.

As a side note, you probably need a vm with macOS or a computer running it to create the bootable usb with clover, but you can do it on windows using transmac and some trippy stuff i don’t know cause i don’t really use windows anymore aside of windows 2000 on my secondary computer (i know, it kinda breaks the point, but trust me, its significantly easier, its just 2 commands on the terminal (long wait in between) and installing clover on the drive, then its just configuring it

Thanks for made the topic 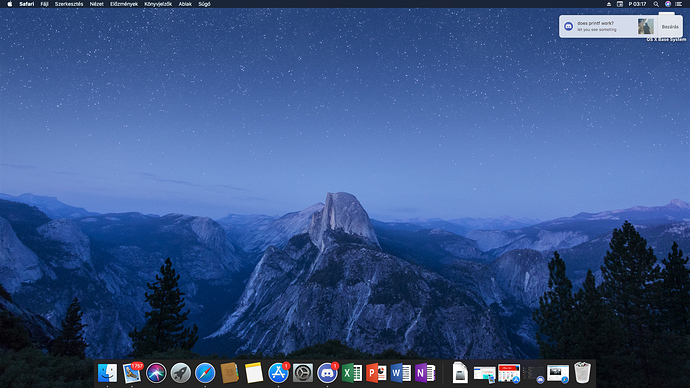