(IMPORTANT: This post is now useless, see below) Recovered my ThinkPad after admins from Fun Shitposting hacked my ThinkPad

IMPORTANT NOTE: Hendicted is now apologizing for hacking my PC and more.
So this post is probably useless by now.

Well, I have recovered my ThinkPad because some idiot admin (who host Fun Shitposting) have hacked my ThinkPad, here’s what they did:

The reason I hate this wiki because that wiki is used to attack my friend “SuperNicholas2005”, And aswell doxxing him.

I got hacked easily because I’m using an outdated Windows 10 LTSB 2015 that stuck at checking for updates (trying to get WSUS Offline Update work), Win Defender outdated about 5 years ago, Avast not installed…

I previously downgrade, clean reinstall from LTSC 2019 to LTSB 2015, now:
Due to this, I upgraded from LTSB 2015 to Red_Eye_Computing’s Aero10 that’s based of Windows 10 LTSB 2016, but this modded version has Aero Glass (Aero Glass pre-cracked by using Zeus crack) and a Win 7 start menu on it (StartIsBack++ pre-cracked)

This is a tool he used to hack/remote: 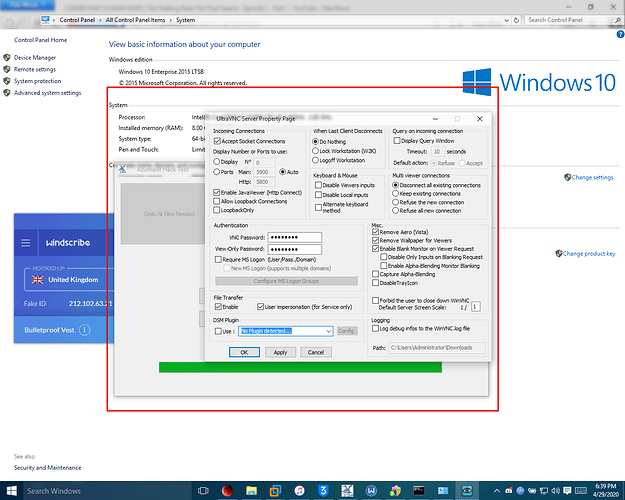 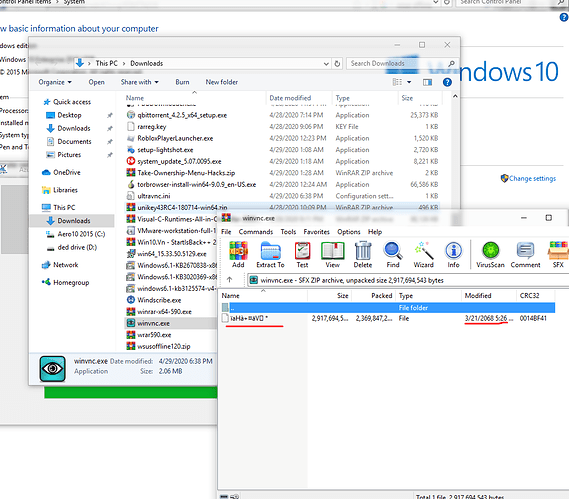 the only way to remove and prevent is now install Avast and upgraded to Aero10. 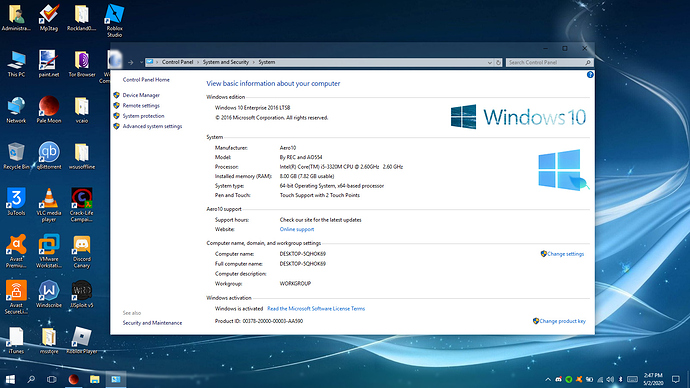 I hope This idiot won’t hack me anymore

Here’s the big proof that he hacked me: (I was in Discord as Carlos, Jill cuz a big RE fan) 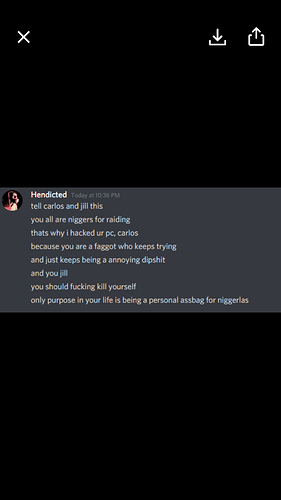 Also Hendicted sound like an KKK because he is super racist to black people.

Yea he, he fuckin create an attack page:

In this screenshot you can see my IP (can’t hide it but it’s Dynamic so it’s partially changed, but still got hacked) And a Doxxed face off SuperNicholas2005 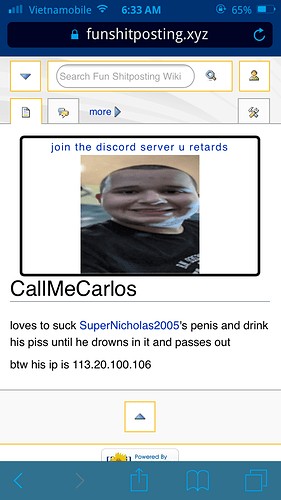 but anyway its nice that u recovered ur thinkpad

well he is a cvm user so, nice detection then

If you have a dynamic IP, you can change it whenever you want by restarting your modem/router.

I’m sorry this happened. I had once same feeling when I was around 8-9 years old. My computer hacked as well and i was a “little kid lol”.

You must reinstall your PC for ex. to newest Windows version if you can to more security. If you can’t you can also use outdated version but the most security is the latest versions.

Lastly, there’s a chance it is just a troll nothing hacker or something, just word fighter. And check the website’s visit numbers. I can bet that, it’s around 2-3 per month.

Well i have installed it on LTSB 2015 but the Windows Update is not working (stuck at checking for updates, sometime errors), I forced to use WSUS Offline Update but partially worked, also i want to using this version to get the original start menu back before Windows 10 Anniversary 2016 update.

This is actually report-able as a cyber-crime. Lifesaver you had 2FA! Just like Balazs_V said, call up your ISP (AT&T, Charter, Verizon, etc) and ask them to assign you a new IP, if all else fails, buy a new router or reset your already-owned one. Make sure to always keep Windows Defender updated at all costs! It is a very good antivirus that comes free with Windows 10. And lastly, I would recommend not using the LTSB version, those are made for mission-critical environments such as hospitals and not for home use as they could potentially be abused with their decreased updates. Very sad to hear this happen to you, and my wishes that this will all be cleared up!

You ran a rat, and if you are friends who makes someone look bad then dxgfj

This post is sponsored by NordVPN. Take back your Internet privacy today. NordVPN hides your IP address, so the government and other people won’t see your IP address. A good VPN service provider won’t track your activities. Save 20% by going to https://nordvpn.com/ericaftereric

This is actually report-able as a cyber-crime

just report that to police kthanks

heyo you fucking idiot, you’ve just made a crime

but he did a crime too by ddosing my servers so