Powered by really shitty 80s punk, Danganronpa MG Season 4 rears its head. We resurrected some dead people for this, so sorry if you’re bothered by that. 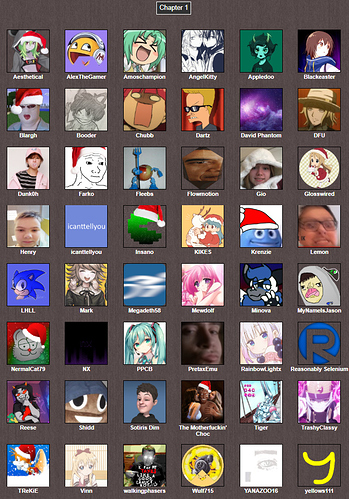 Look at this, a crew of people I know and people I don’t know! This will definitely shake things up.

Chapter 1: What A Riveting Display

The first death of the season goes to one of the people I don’t know! What a riveting display of something I’m not entirely surprised by. Can’t really say much because of that, though.

Voting time. One of these fine 47 people is about to be executed, probably in a gruesome fashion like getting several guitars sent upside their head or something. Who knows! And more accurately, who cares. 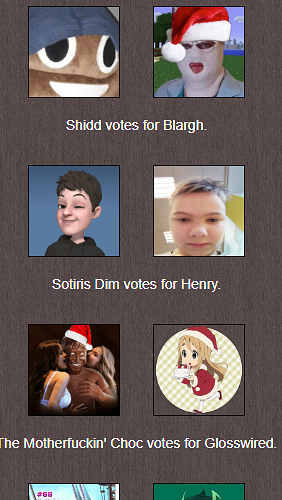 It took me so fucking long to take those screenshots. You have no idea. Also one of the guys has Koichi from DR3 as their logo (not to be confused with Kokichi from DRV3), which is cool. 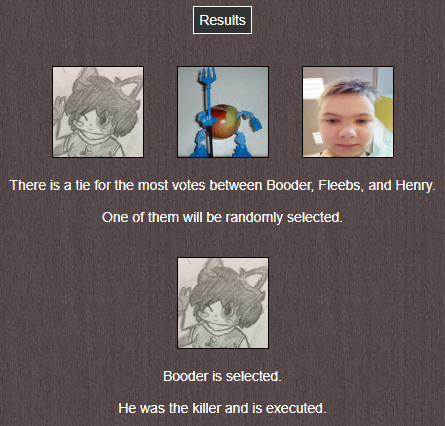 Rest in piece another guy I don’t know. They won’t be forgotten, nor will they be fivegotten. 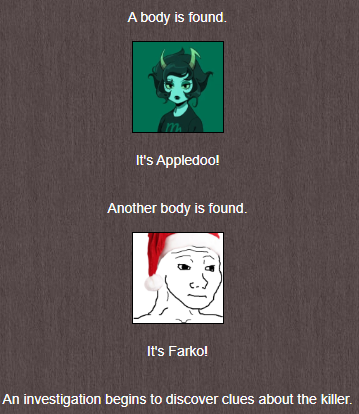 Oh dear! It appears someone has pushed me down a set of stairs, and I have fallen down them like a complete fucking buffoon landing on the body of Christmas Wojak. So sad! Now’s not the time to feel emotions, though, because a trial’s about to happen.

One of these 44 people is about to die! Who will it be? Who cares, my class trial text is always super lame anyways. 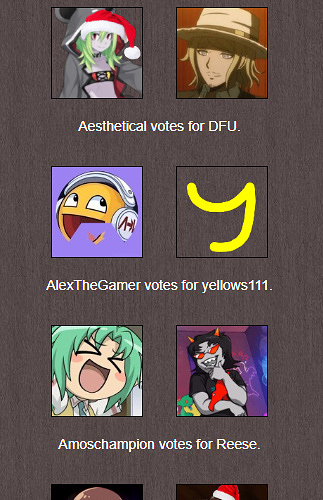 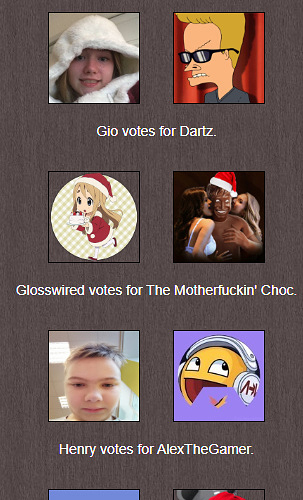 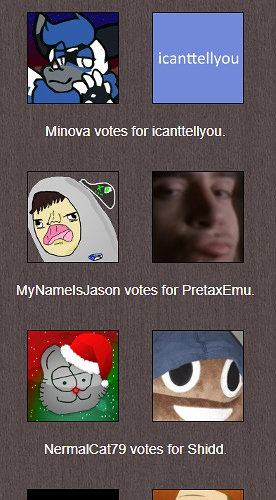 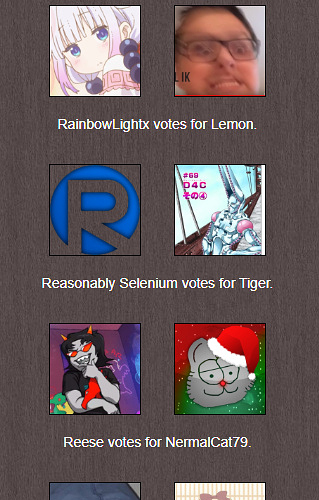 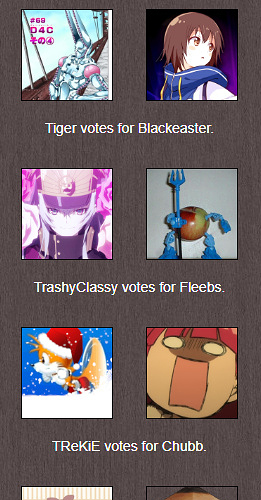 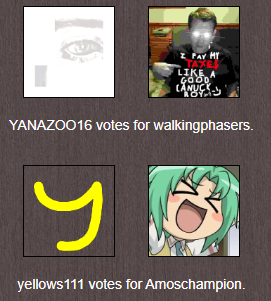 Eventually I just take super tall screenshots that are skinnier than a starving Ethiopian child. Not my point, though. One of these people is about to die. Can you guess which one? 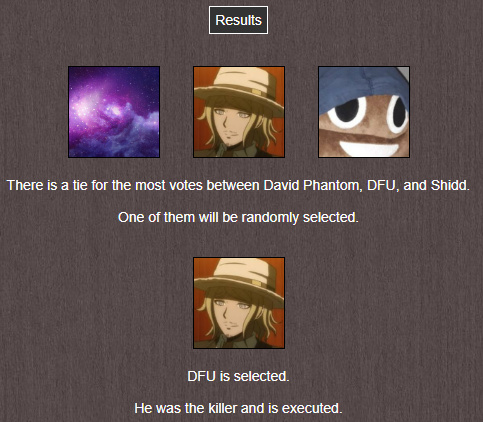 Motherfucker, I compliment you on your PFP and you go and kill ME. Eat shit and die, asshole. 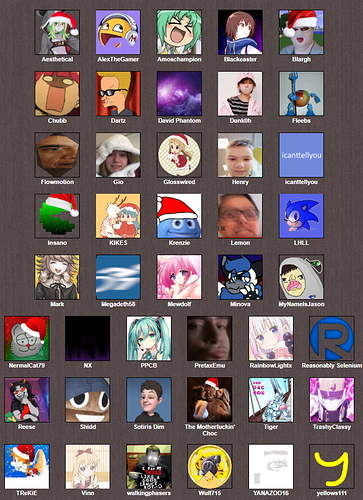 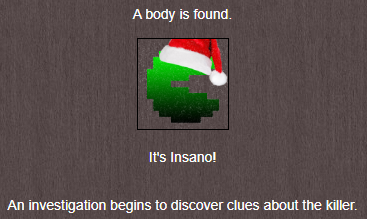 Rip Insano. I actually vaguely knew them, think I did a round of Jackbox with them, but whatever, now’s not the time for a mind-numbing soliloquy. 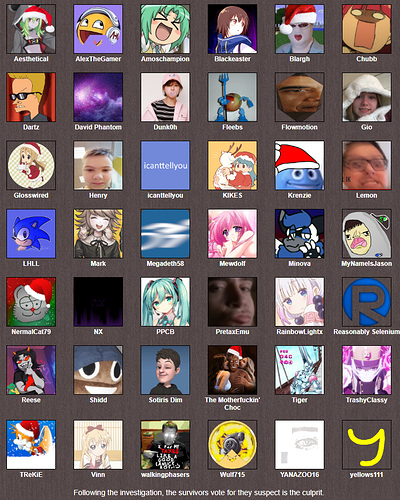 image745×931 418 KB
Finally, a number that results in a square/rectangle! Don’t get too excited, though, one of these guys is about to die and it’ll all go down the shitter again. 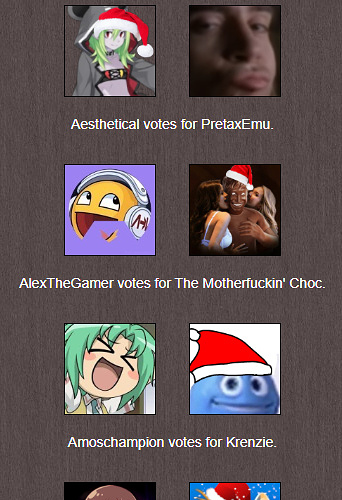 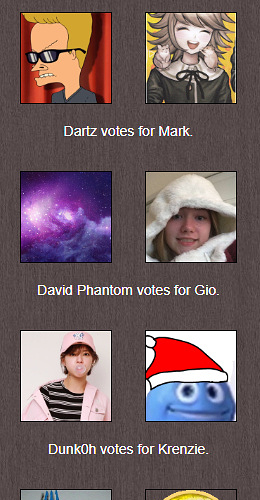 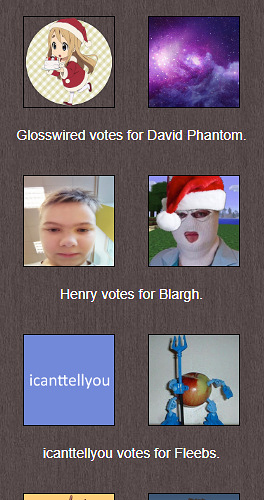 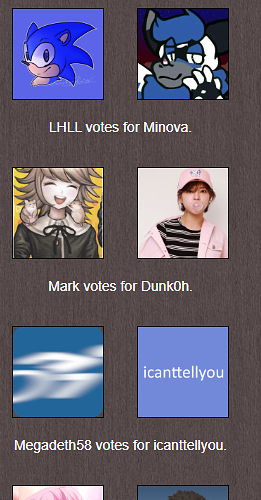 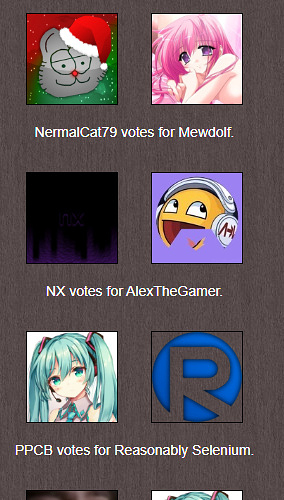 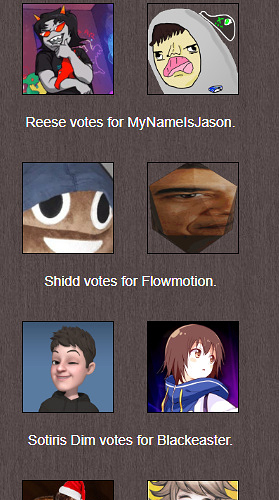 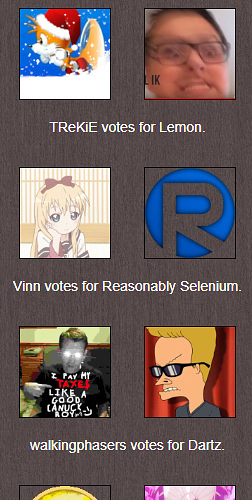 Wow. Now who’s going to die? We’re about to find out, as soon as I get off my ass and paste the image in here. 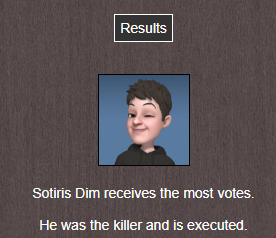 This is so sad. 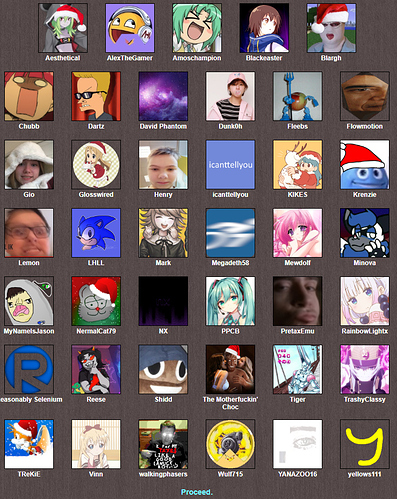 this is bump 1 reminding you to post the other chapters

This is bump 2 reminding you

Since I don’t feel like writing my vaguely snarky lines, and want to post about this before PF94 bumps it with something completely unnecessary like “this is dead” which is totally fucking obvious in nearly every case (yes I’m a bit salty), should I just post the results for this mess of a 48 player session?

bump 4 reminding you to do this

ThIs Is DaEd loL /s

nah i bet she’s not posting because she sliently cancelled it, dont bother.

what is it with you and assuming every single goddamn thing?

got 2 votes yes, will dump images and results later today

what is it with you and assuming every single goddamn thing?

what is it with the community disliking me?

what is it with the community disliking me

what that has to do with what she said? stop assuming everyone dislikes you

yeah i think she cancelled it, also bump 5

don’t make the same error i made like exactly 2 months ago.

do not BUMP because you THINK something. if something is blatantly inactive wait for the creator to confirm it’s dead

but yeah making a third one with 48 people was a mistake. CURSE YOU @xsychoreese