A problem... that should have never existed

I don’t get why people are so rude
What is the point?
What did you earn?
When did you develop such behaviors?

It really angers me. It’s what literally been eating me alive: Why are people trying to achieve a platform without a new audience?

I understand that people (Such as me) shouldn’t be on a platform as such as this, but some of us have a conscious of when it existed… and I have an interest for a platform that i couldn’t recognize at first glance (Since I was a year or 2 when the release of 2009/2010 was established)
I remember a very foggy instance of seeing 2009 or 2011… either of those 2, but that’s not the point about this

Why are we not allowed to be here (Without someone bothering us about our age)? We’re young but that doesn’t mean we have a brain or a conscious about where we are. I am aware of how the internet is about Gen Z: “THEY’RE A WASTE OF LIFE” “THEY ARE USELESS” “THEY CAN’T STAY IN THEIR GROUP” “THEY WILL DISOBEY THEIR PARENTS AND DON’T HAVE A BRAIN”
…
this is the image the internet is putting for most of Gen Z? I can see why kids are the way they are…
Even though I love the internet, I HATE how most people express how kids can be: So much of that is wrong! The more you pose like that, the more likely a child is to have a blind reaction to these types of comments.
That’s why most threads like “r/iwasborninthewronggeneration” exist
This is what happens when anyone decides to put up a face like that to kids.
It’s the result of being a minor, feeling uncomfortable with when they were born and what they’re part of, that is giving them such motivations to say things and make things like that
If only adults were able to accept kids for what they are and were to accept them even for their flaws (Except if it’s a serious one) because under that flesh is a soul that is frightened and cornered to a point where it’s hard to accept yourself in front of the internet.
NO ONE SHOULD GO THROUGH THAT, NO ONE! IT’S STILL A CASE OF EMOTIONAL ABUSE AND TO EVER BE PRAISED FOR THAT SHOULD BE A SIN!

I can’t exist… because that’s how the internet works

It’s not my fault… It’s just been pissing me off and that emotion has been getting worse.
Why you ask?

because that’s how the internet works

P.S: stupid Google translate. But I support too your presence

I allow your presence
you may proceed

I don’t get why people are so rude

That’s a big topic, and very difficult to answer when what might be considered rude to you, may not be rude to someone else, especially if they live in another country or culture.

So when someone says no, or disagrees, or calls you immature, it may not be necessarily intended as rude. Each example would need to be looked at. And without you realizing it, you might be being rude to them and they’re just responding in kind.

What did you earn?

Assuming the rudeness is actually ill-intentioned and vindictive, it’s like any bully, power over the other person.

When did you develop such behaviors?

Some of the most powerful people in the world right now are “rude” by their very nature, and that’s deemed as acceptable, even encouraged. Unfortunately, this is now the normal example being set, and it’s now it’s common for all ages, and straight from the top.

Why not? And who should be? Messenger (and related stuff) was primarily built for you, just a different decade.

Why are we not allowed to be here (Without someone bothering us about our age)?

I’m not sure who is bothering you about your age, but it’s likely most are only slightly older than you are. There are huge differences in maturity between teenager years, and they don’t tend to work together very well, for a lot reasons. There’s whole books about that.

this is the image the internet is putting for most of Gen Z?

Well, first-gen millennial here, and as I’m sure you are aware, my group has been blamed for just about everything, despite being put as a severe disadvantage and then being told it’s their own fault.

If we’re talking about Gen Z in general vs “the internet”, I think Z has the opportunity to reject what you described, and you do have the option, and the power, to build a better place/internet, and you can start right now. You can base your decisions on good science, true facts, justice, and the dignity of every person. And, your experience growing up at this time in history gives you some distinct advantages as you reach adulthood. I hope you all take good advantage of it.

evidence of people being “rude”?

Try searching around the internet, it’ll give you a kick out of it

what should i search

You can search around YouTube and see for yourself

what should i search

r/iwasborninthewronggeneration seems to be another place 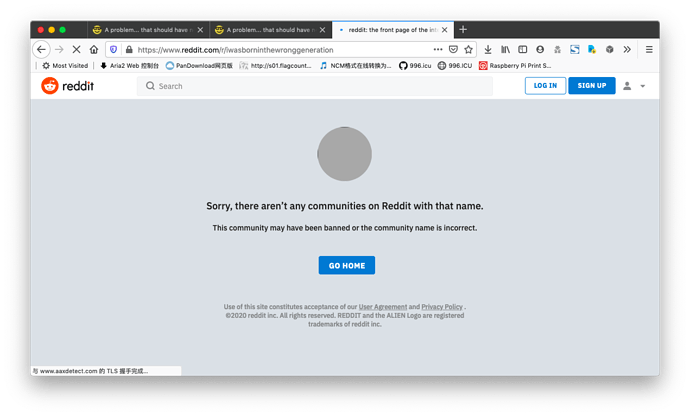 Or the sonic community with other communities

You know exactly what I mean

idk what you mean

Interacting with other communities

You will easily see all the drama!

I didn’t see it, they just posts meme

give me a link